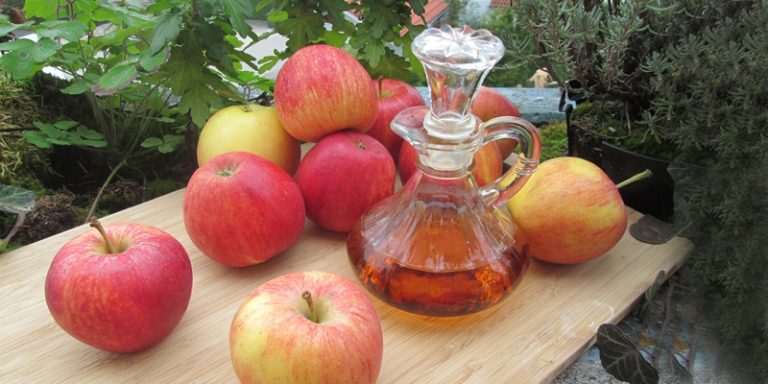 Apple cider vinegar is a popular vinegar that’s used for many things. It’s popular for dressing for salads, marinades, many kinds of vinaigrettes, and to preserve foods. Additionally, with its powerful antioxidant properties, it’s known to overcome a few types of ailments.

So, how long does apple cider vinegar last? Both opened and unopened apple cider vinegar will last indefinitely with proper storage. There’s usually a “Best By” date printed on the bottle, but the vinegar itself can be safely consumed after that date.

Apple cider vinegar can last years without going bad. This is due to the acidic nature of this type of vinegar.

If you bought a bottle of apple cider vinegar at the store, it should have a “Best By” or “Use By”date printed on the label. The date on the bottle doesn’t mean the liquid will go bad, it just means that the quality will not be at it’s best.

Using the vinegar past the date on the bottle is perfectly fine, but the taste will not be the same as when you’ve just bought it.

For a bottle that hasn’t been opened, the vinegar can last for at least 5 years if stored properly. On the other hand, a bottle of apple cider vinegar that has been opened already will last less than a year.

Again, bottles that have been opened or not, will still be useable after the printed date. The only thing is the quality of the vinegar that will not be good.

How To Store Apple Cider Vinegar?

To ensure that the vinegar will stay at it’s best, proper storage is key. Vinegar is a very acidic substance so it’s can last for many years under the right conditions.

A bottle of apple cider vinegar that has not been opened will have a very long shelf life and could last indefinitely. To keep them lasting that long, simply store it in a cool and dark place. The best place to store the vinegar is in the pantry.

Another option to store an opened bottle of apple cider vinegar is in the fridge. Storing them in the fridge will keep them cooler than in the pantry. Therefore, the vinegar will last much longer.

Whether you’re storing an opened bottle of vinegar in the pantry or fridge, its best to use them within a year. After that time period, the quality of the vinegar will deteriorate and you may not enjoy the taste.

Can You Freeze Apple Cider Vinegar?

As with any type of liquid product, you can freeze apple cider vinegar. The freezing point of vinegar is at 28 degrees Fahrenheit.

If you have a bottle of vinegar that has been opened or is about to reach their “Best By” date, instead of throwing it out, freezing them will extend their shelf life.

However, freezing apple cider vinegar can affect the quality of the liquid. When freezing vinegar, it will dilute the acidity along with the flavor. The acidity of the vinegar will change over time.

How to Freeze Apple Cider Vinegar?

If you’re planning on freezing apple cider vinegar, you cannot freeze the bottle it came with. The bottle that’s used to store the vinegar is made out of glass and isn’t designed to be stored in the freezer. Glass has the tendency to shatter at freezing temperature.

If you’re freezing the vinegar, it’s recommended to transfer the liquid to an airtight container. These containers are made out of plastic, which is sturdy and can withstand the freezing temperature.

To prepare the vinegar for freezing, wash the airtight container and lid thoroughly with soap. You want to make sure there are no contaminants as it will decrease the life of the apple cider vinegar.

Then transfer the vinegar into the container and leave about an inch or two of space. This extra space will give the liquid enough room to expand as it freezes.

Take a cling wrap and wrap the top of the airtight container completely to prevent any leaks. Then cover it with the airtight lid and put it in the freezer. To prevent the vinegar from becoming more acidity, keep the temperature in the freezer at a steady 28 degree Fahrenheit.

For leftover apple cider vinegar, it’s best to use an ice cube tray to freeze the product. This will help save space in the freezer for other items.

For cooking, there’s no need to defrost the frozen apple cider vinegar. Simply add the correct portion of the frozen vinegar directly into the dish you’re cooking.

For dips or seasonings, you’ll need to transfer the container of frozen vinegar from the freezer to the fridge first. Leave them in the fridge for about 8 hours or overnight to thaw.

If you can’t wait that long for it to thaw, try submerging the airtight container in a bowl of tap water. By doing so, you’ll be able to use the apple cider vinegar within a couple of hours.

Apple cider vinegar rarely goes bad, but in certain cases, it can go bad. Usually, this is due to some contaminants that found their way into the bottle.

Bottles that have been opened have a greater chance of going bad due to the contamination getting inside. One reason could be after opening the bottle, you may not tighten the cap completely. After the bottle have been sitting in the pantry for a while, dust and dirt could find its way into the bottle.

Another reason could be a contaminant in the air might get into the bottle after the cap is left off the bottle for a period of time.

Sometimes, the apple cider vinegar can become cloudy or hazy. This will happen when the vinegar has been sitting in the pantry or the fridge for a long time.
However, this does it mean the vinegar is spoiled, you can still use it for cooking. The only thing that will be different is the quality of the vinegar. The vinegar’s taste and odor will change. It will be more acidic and the flavor will become more intense.

How To tell If Apple Cider Vinegar Is Bad?

When apple cider vinegar goes bad, there are a few signs to look out for. Vinegar that has gone bad will have the presence of sediments at the bottom of the bottle, changes in the color of the liquid, and have an extremely acidic taste to it.

Like previously discussed, apple cider vinegar doesn’t expire, only the taste of the vinegar deteriorates. If the taste doesn’t bother you, feel free to use it for cooking or use it to add flavor to your favorite salad.

What is the cloudy stuff in apple cider vinegar?

The mother is a result of natural bacteria that occurs in vinegar. The mother is actually cellulose and it doesn’t harm the body in anyways. Actually, it’s the most nutritious part of the vinegar. It’s usually a dark and cloudy substance that is found at the bottom of the bottle.

What’s the difference between filtered and unfiltered apple cider vinegar?

Filtered apple juice is made with apple juice and water. The filtering process removes the vinegar “mother” and any sediments from the liquid. Additionally, it will be pasteurized to further refines and clarifies it. Therefore, the final product is a clear, amber-colored vinegar.

Unfiltered vinegar is also made from apple juice and water. However, the mother hasn’t been filtered out and it’s likely not pasteurized. The final product will have a cloudy appearance and contain small amounts of sediments.