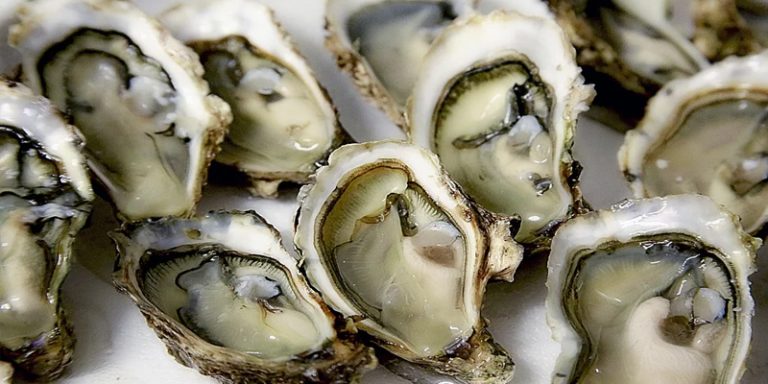 Oysters are one of the popular seafood that is eaten raw and served as a delicacy. However, they can be cooked and prepared as a meal as well. Whether you are eating them raw or cooked, oysters stay fresh for only a certain time period.

So, how long do oysters last? It depends on the type of oyster you have. For most varieties, they can last up to a week. The colder the temperature, the longer the oyster will last.

Above is just an estimated time of how long they usually last. Other factors to consider are how you store them, what temperature they are stored at, and how fresh they are when you got them.

In this short article, we’ll go through how long does oysters last, how to store them, and how to tell if the oysters are bad.

How Long Do Cooked Oysters Last?

Oysters that were cooked when fresh will last up to four days in the refrigerator. Before storing them, always put them in an airtight container or a resealable bag.

Cooked oysters usually last longer is due to them being cooked. When they are cooked, there is little liquid that’s left in the oysters. With less liquid, oysters have a greater chance of lasting longer.

After four days, oysters that are uneaten should be discarded right away. Usually, after this time, the quality of the oysters has degraded and it will have a bad taste to it.

How Long Do Uncooked Oysters Last?

Fresh oysters, whether it’s live or shucked will last up to 2 days in the fridge.

For live oysters, the key to keeping them fresh is proper storage. This means keeping the oysters in a well-ventilated container. Storing them in an airtight container will kill them as they lack oxygen while stored in there. Instead, put them in a container and cover the live oysters with a damp paper towel and keep them refrigerated until they are ready to be served.

How Long Do Frozen Oysters Last?

Oysters that are frozen will usually last longer than they are in the fridge. Oysters can be frozen and retain their freshness for up to 3 months. Afterward, the quality will start degrading slowly, even if you store them properly in the freezer.

Frozen oysters are able to last up to 3 months due to their high content of the liquid. The liquid in the oysters will freeze and help retain their quality. 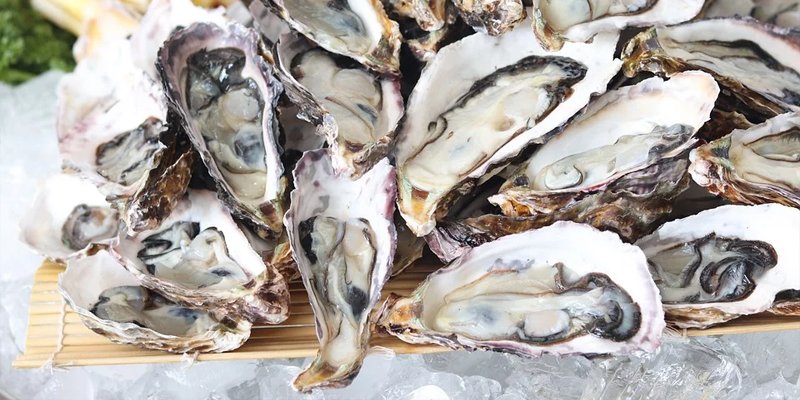 Proper storage of oysters is very important for optimal taste and to prevent food poisoning.

Never leave oysters, whether cooked or raw, out at room temperature for more than 2 hours. Additionally, if it’s hot outside and the room temperature exceeds 90 degrees Fahrenheit, do not leave them out for no than 1 hour.

When storing them at room temperature, always keep the oysters on the ice at all times. This not only will keep them fresh longer but will prevent bacteria from forming on the oysters.

While the oysters are stored at room temperature, always make sure that they are always on ice. If the ice melt, the oysters will start losing their freshness quickly.

For best results in keeping oysters fresh, you should leave them in their entire shell while storing them at room temperature. When they are ready to be consumed, you can shuck them from their shell.

Oysters that are stored in the fridge should be consumed as soon as possible. Even though they are stored in a cool place, the quality of the oysters will generally start degrading. 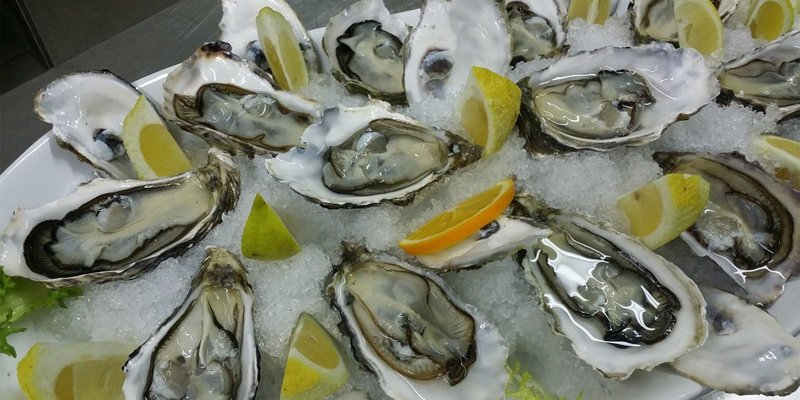 Can You Freeze Oyster?

Fresh, live oysters can be frozen either in their shell or shucked. However, freezing them will leave you only the option of cooking them. When freezing the oysters, it will change the texture.

When storing them in the freezer, to minimize freezer burn, always store shucked oysters in their liquor or in fresh clean water. Additionally, put them in a resealable freezer bag or an airtight container and squeeze out any excess air.

If you’re ready to eat frozen oysters, transfer them from the freezer to the refrigerator and let them thaw for 24 hours. After it’s thawed, it’s recommended not to refreeze the oyster again. Doing so will degrade the taste and texture of the oysters.

How To Tell If Oysters Are Bad

It’s important that you can distinguish a bad oyster from a good one. Eating one bad oyster can cause food poisoning and you can end up in the hospital due to that. Fortunately, it’s easy to identify a bad oyster.

Below are what you should look for in a bad oyster:

Broken/Damaged Shell – When the shell is broken or damaged, it’s a sign the oyster is bad. Good oysters will always have their shell sealed tightly closed.

Open Shell – When you press on the shell, it doesn’t close, which means the oyster is bad.

No Seawater or Oyster Liquor – When you open the oyster, you should notice some seawater in the shell. If it’s dried of liquid and the oysters seem dried as well, discard it.

Discolored Meat – Oyster should have a cream to beige in color. If it’s another color, discard the oysters right away.

Bad Smell – If the oyster has a stinky, rotten fish smell, the oyster is bad. Even if you try cooking them, you’ll still stand a chance of getting sick.

How long will oysters last on ice?

Can you eat dead oysters?

No, you should not eat dead oysters. Dead oysters contain bacteria that can be very dangerous for humans.