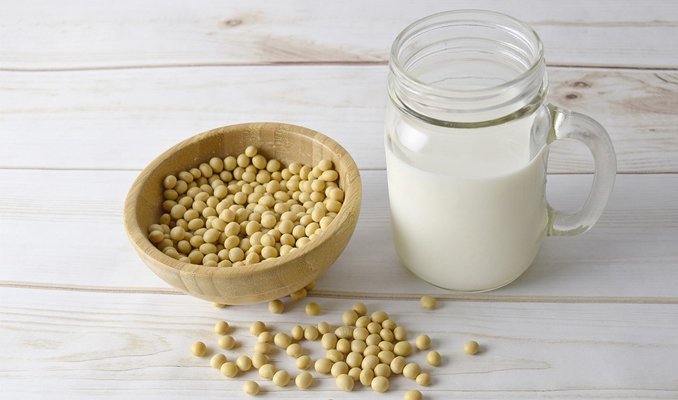 Soy milk is an excellent alternative to dairy milk. It has a lot of minerals and vitamins like dairy milk do. It can be added to coffee, espresso, and other drinks. Since soy milk doesn’t have dairy in them, many people will assume it can last much longer than milk does.

Contents show
1 Soy Milk Shelf Life
2 How Long Does Soy Milk Last?
3 How To Store Soy Milk
4 Can You Freeze Soy Milk
5 How To Freeze Soy Milk
6 How To Tell If Soy Milk Is Bad
7 Related Questions
7.1 How long does homemade soy milk last?
7.2 Are soy sauce and soy milk made from the same thing?

How Long Does Soy Milk Last?

For refrigerated soy milk, it will need to be refrigerated once it’s opened. In the fridge, it can last 7 to 10 days after the expiration date.

However, it can stay fresh much longer, but that’s not guaranteed. It will depend on the temperature of the fridge, how often the carton is opened and closed, and how long it’s been sitting at room temperature before it’s returned to the fridge.

For soy milk that’s sold on the store shelves, it has a much longer shelf life. Shelf life for non-refrigerated types can have an expiry date of 6 to 9 months.

Again, if the carton has been opened, it will need to be refrigerated after using it. For non-refrigerated soy milk, you’ll want to disregard the expiry date on the carton. That date is for an unopened carton.

Therefore, it’s best to assume that it will last for about 7 to 10 days after opening it. It might last a little longer, but it’s not guaranteed, and you should use your own judgment to tell if it’s gone bad. 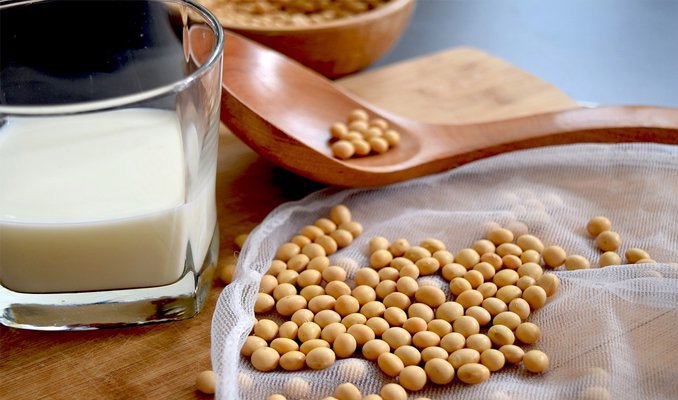 How To Store Soy Milk

If you bought soy milk that’s refrigerated at the grocery store, it should be put in the fridge as soon as you get home. When the temperature of the soy milk changes often, it could spoil quicker.

For soy milk that is sold on the store shelves, it can be stored in a cool and dry place. The best place to store them is in the pantry or the kitchen cabinet.

Avoid storing soy milk in direct sunlight as the heat could cause them to go bad quickly. Also, keep them away from other heat sources such as the stove, heaters, or any other appliances that generate heat.

Whether the soy milk is refrigerated or non-refrigerated, once the carton is opened, it should be immediately stored in the fridge.

When storing opened cartons in the fridge, make sure the opening is closed tightly. This will prevent bacteria from getting into the carton and make the milk go bad.

Can You Freeze Soy Milk

However, freezing soy milk will only affect the texture and taste, but not the nutritional content or safety of the product.

Most smoothies and dessert recipes are made of thick liquid so frozen soy milk will be an excellent choice to use.

If you do decide to freeze soy milk, always transfer the milk to an airtight container. This is Pinnacle Mercantile Plastic Mason Jars is freezer safe, which can be found on Amazon. Soy milk tends to expand as it freezes. If you freeze them in their original carton, the carton will tear and spill all over the freezer as the liquid expand.

How To Freeze Soy Milk

Freezing soy milk is quite simple and requires just a little time. To freeze soy milk, follow the steps below:

When you’re ready to defrost it, simply take the frozen container and transfer it to the fridge. Let it thaw overnight or keep it there for at least 6 hours.

Once it’s thawed, you’ll notice the water is separated from other content in the container. Use a spoon and stir the soy milk until it’s all mixed together. 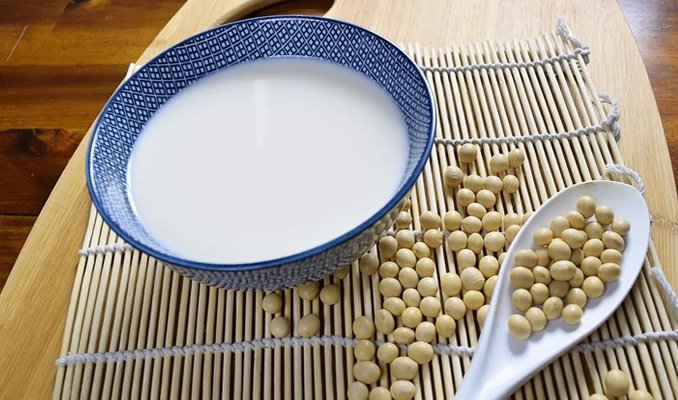 How To Tell If Soy Milk Is Bad

When soy milk goes bad, it’s the same as cow’s milk. The signs that it’s going bad or is already bad will be taste, smell, and texture.

The texture of bad soy milk will be lumpy and thick throughout. As you pour them into a glass, they will pour out slowly, almost like pouring spaghetti sauce.

Also, you may notice mold is growing on it too. If you notice any of these signs, you should discard the entire carton right away.

As for the smell, when it goes bad, it will smell sour. As you open the carton, the stench of it will give it off.

The color of good soy milk will be slightly off-white. If it becomes yellowish or becomes darker, the soy milk is bad and should be thrown away.

The last sign of soy milk is bad is when the carton expands. For unopened soy milk, the carton will be really firm when you squeeze it.

Homemade soy milk tends to not last for a very long time. More than likely, you’ll not be using any preservatives.

Most soy milk that is sold in grocery stores will have preservatives added to them. Since it’s going to be sitting on the store shelves for a while, this is to ensure that the soy milk will last as long as possible.

Therefore, homemade soy milk will last for a couple of days if stored in the fridge. You should always try to consume them as soon as you make them.

Are soy sauce and soy milk made from the same thing?

Both products are made from soybeans. The difference between them is how they are processed into the final product. Soy sauce is a black sauce made by fermenting soybeans in salt.

Soy milk, on the other hand, is made by cooking soybeans with a lot of water until it’s mushy. Then it’s strained to remove the solids from the liquid.