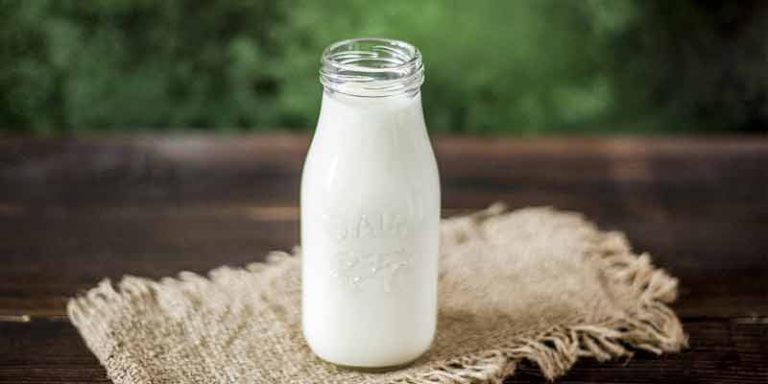 Milk is a culinary staple in most households, and new varieties crop up frequently with different flavors and compositions that transform your food in innovative ways. For people with dairy allergies or an aversion to dairy, there are plenty of alternatives to traditional cow’s milk. These different milk varieties, though, require different storage and preservation methods to make them last as long as possible.

So can you freeze milk? No matter what type you choose, freezing milk is one way to keep your favorite kind of milk ready-to-use and fresh for a longer time. However, not all milk freezes the same way, nor do all types last the same amount of time.

Below, we’ll break down the different types of milk, and why you need to treat them differently, as well as how to store, freeze, thaw, and best utilize these types of milk.

What Types of Milk are Freezer-Friendly?

Before attempting to preserve milk in the freezer, it’s essential to know the type of milk that can be frozen and how long these varieties typically last after opening, both in the refrigerator and the freezer.

The FoodKeeper App breaks down the shelf life of multiple milk varieties in the refrigerator, which are displayed below:

Overall, most types of milk last 7-10 days in the refrigerator. Additionally, powdered milk lasts three months after opening, but requires pantry storage instead of refrigeration; unopened, it lasts up to five years.

Shelf-stable milk, or aseptic milk, differs slightly in its properties compared to your typical gallon of milk. This type of milk requires pasteurization at a higher temperature than refrigerated milk, so it stays fresh in the pantry for up to six months as long as it is unopened.

Overall, most varieties of dairy milk and plant-based milk are technically safe to freeze. However, each type of milk experiences different changes when frozen and after thawing to be considered before freezing.

How Long Does Milk Freeze?

Now that it’s clear how long the different types of milk stay fresh, let’s compare the frozen shelf life of each type.

The FoodKeeper App identifies refrigerated dairy milk as a milk type that can be frozen for an extended period of three months, while the Dairy Council states that this milk is safe to freeze for up to six months.

The case for freezing plant-based kinds of milk is a little more complicated. Even though it is safe, EatByDate describes freezing milk alternatives as something to avoid due to changes in color and consistency. While some milk producers and consumers do not recommend it, plant-based milk is also freezer-safe, just with a catch.

Most varieties of milk experience some separation between solids and liquids after removal from the freezer. The result of the separation is two substances that don’t perfectly integrate back together when mixed, leading to a thicker or grainier outcome.

For high-fat milk, there is greater separation due to the larger fat content of the milk; this separation is less noticeable for skim or nonfat milk when compared to whole milk. For plant kinds of milk like almond milk, the components separate noticeably after freezing, leading to a thick or mushy final product.

Overall, different milk varieties are safe to freeze for a few months—somewhere between 3-6 months—to prevent significant consistency and taste changes. Because of milk’s composition, however, there will inevitably be some structural changes once it’s thawed. 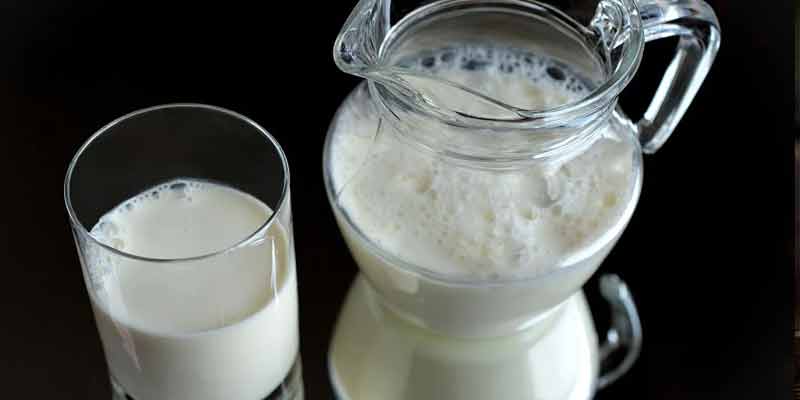 How to Store Milk

Milk storage depends on a few factors beyond the type of milk, including the quantity of milk and type of storage container.

Before freezing a traditional form of milk, make sure to keep it in the refrigerator; for an aseptic form of milk, keep it on the shelf. Also, make sure to freeze your milk before the original printed expiration date on the package to ensure its freshness.

Like many other liquids, milk expands when frozen. To prevent any spills or broken glass in the freezer, make sure to transfer the milk into a freezer-safe plastic container and avoid glass containers altogether. Shut the lid of the container tightly so that bacteria and other foods in the freezer do not make their way into the milk.

Additionally, leave a few inches of space empty in the container to allow the milk to expand safely without breaking the storage container. It is better to keep milk in smaller quantities as well to mitigate the separation and texture changes that often occur.

How To Freeze Milk

When it comes to freezing milk, there is a couple of different methods that you can use. This will depend on what you’ll be using the frozen milk for. Before freezing them, just make sure that it hasn’t expired yet.

Below are the different ways in which you can freeze milk and how to freeze it:

Freezing the entire milk is great for storing them for the long-term. When storing milk, it’s not recommended to store them in their original container. As it starts to freeze, the milk will start to expand. This will cause the plastic container to crack and spill milk all over the freezer.

How To Freeze Milk

If you have recipes that call for a small portion of milk, freezing milk as ice cubes are the best method.

How To Freeze Ice Cube Milk

How to Thaw Milk

After thawing the milk, it needs to be consumed quickly: within the week of thawing, or better yet, a few days after thawing.

Since the texture might be compromised post-freezing, drinking milk from a glass might not be the most appetizing. Because of varying degrees of separation, one way to override the graininess is to pour your milk into a blender to recombine the parts into a more consistent finish.

With your newly recombined milk, consider using the milk in cooking, baking, or another type of food preparation instead of drinking it straight. Some meals that make great use of thawed milk include soups, smoothies, and creamy desserts like rice pudding.

Frozen milk can go bad just like regular milk do. It can either go bad if it’s sitting in the freezer for a prolonged time or if it’s thawed and not used within a certain period.

When it comes to the freezer, frozen milk will retain their freshness up to 6 months. After that time, you’ll be able to still use the milk, but the quality of it will decrease. Once it’s been over a year, the texture and taste of it have diminished greatly. It’s to the point where the frozen milk that was once full of flavor will be nothing more than a block of ice that’s flavorless.

As for thawing, there will be a small loss in the texture and taste of the milk. This is due to the thawing process and it’s normal for milk to lose some of their quality when it starts defrosting. After it has thawed completely, if the milk is sitting there and not used right away, it will start going bad. You’ll have about a day or so to use the milk before it’s spoiled and has to be thrown away.

Whichever type of milk you choose, there is a way to safely freeze it in the long term and thaw it for enjoyment later. As always, for both refrigerated or frozen milk, make sure to smell and taste the milk to ensure it has not expired before drinking or cooking!

Hopefully, these steps clarify how best to store your milk in the freezer and how to consume it once it’s thawed.

Can you freeze soy milk?

You can freeze soy milk, but it’s not recommended. Due to the texture of the soy milk, as it freezes, it will start to lose some of its texture and flavors. Because of that, after freezing and thawing, some people don’t find soy milk as tasty as it was before freezing.

Soy milk is one of those beverages that don’t last very long,  If the soy milk is getting closer to its expiration date and you want to preserve it for another week or so, freezing soy milk is fine.

Can you freeze almond milk?

Yes, freezing almond milk is possible, but it’s not recommended. The almond milk will freeze well just like regular milk would. The problem you have is when the milk thaws. As it thaws, the solids will separate from the liquid. The solid will go towards the bottom and the liquid will float to the top.

However, you can simply fix that issue with a blender.

Can you freeze coconut milk?

Yes, you can freeze coconut milk and it will freeze very well too. Once the can is open, the coconut milk will not last very long. Either, you’ll need to use it all in a recipe or freeze them. By freezing coconut milk, you’ll extend a couple of more months to their shelf life.