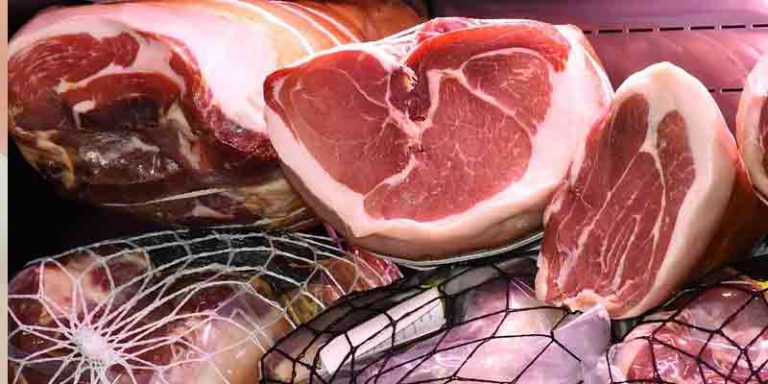 Ham is a staple food for many people around the world. This meat is also versatile that can be used in sandwiches, on a salad, on pizza, or as part of a main meal. If you bought a whole ham, you will need to store any leftovers. If you need to keep them for later, would freezing ham be an option?

So can you freeze ham? Yes, you can freeze ham to eat it later. All types of ham can be frozen, and they all freeze very well. Due to ham being a meat product, they will need to be handled with care to avoid bacteria contamination. Properly stored, ham can last in the freezer for about 3 to 6 months.

Ham freezes well, and it’s a great way to store ham for later. You can either freeze them cooked or uncooked.

Also, freezing them is a good way to prepare in advance to make a meal. Once you’re ready to prepare the meal, thaw the ham and add them to the meal while it’s cooking.

One thing to be careful about when dealing with ham or any pork products is that it can contain harmful bacteria. If the ham is contaminated with bacteria, it can cause food poisoning.

For that reason, you should always hand the ham with care when it comes to prepping, freezing, and thawing out your ham.

How To Freeze Ham

When it comes to freezing ham, you can freeze just any type of ham you have. You can freeze them cooked, sliced, uncooked, smoke, or on the bone.

Only one type of ham that doesn’t freeze well is thinly sliced hams. The ham is too thin and could lump together when frozen.

For all other types of ham, below are the steps in detail to freezing them.

If the ham isn’t pre-sliced, you should slice them before freezing. Using a sharp knife, slice the ham into your preferred size.

Keep in mind that thicker slices of ham defrost better.

Place the portion into a freezer bag. A great way to keep them from sticking to each other is to place parchment paper between each slice. This is great for sandwich ham.

Once the ham is in the bag, squeeze the bag to remove as much air from it as you can. Then seal the bag tightly.

With a marker, label the freezer bag with the date of freezing. Then place it into the freezer.

Can You Freeze Packet Ham?

Packet ham is quite easy to freeze. If the packet has not been open yet, you can place them directly into the freezer. The plastic bag is thick enough to withstand the freezing temperature without cracking or tearing.

All you need to do is write the date of freezing on the packet, so you know when to use them. Then place them into the freezer.

On the other hand, if you have a packet of ham that’s been opened, you’ll need to prep them first. Transfer the ham into a freezer bag. Squeeze out as much air as you can from the bag and seal it tightly. Write down the date of freezing and place it into the freezer.

Freezing packet ham will stay fresh for up to 3 months.

Can You Freeze Parma Ham?

Parma ham, also known as prosciutto ham doesn’t quite freeze well. This is due to the meat that is cut very finely. When freezing them, they will get stuck to each other in a lump.

This type of cured ham doesn’t really need freezing at all. They can be stored at room temperature for a very long if it has not been opened yet. If it has been opened, Parma ham can be stored in the fridge.

If you do find yourself having to store Parma ham, keep them stored in a freezer bag. This will give you the highest chance to successfully freezing this type of ham.

Can You Freeze Ham Hock?

Ham hock can be frozen, either cooked or uncooked. It will freeze well just like any other type of ham.

To freeze the ham hock that’s uncooked, make sure it’s still in its original packaging. If it has not been opened, you can just place them directly into the freezer.

If it has been opened, wrap the ham hock with cling film. Wrap them a couple of times for added protection from the freezing temperature. Then place them into a freezer bag, squeeze out all the air, seal it tight, and put it into the freezer.

For cooked ham hock, allow it to cool down to room temperature first. Then wrap it with cling film a couple of times around. Place the ham hock into a freezer bag, squeeze out the air, and seal it tightly. Then write the date of freezing on the bag and store it in the freezer.

How Long Can You Freeze Ham?

When it comes to ham, it will depend on if it’s cooked or uncooked.

For cooked ham, it will last for up to 3 months.

If it’s uncooked, ham, it will last much longer. You can keep uncooked ham fresh for up to 6 months.

After that time, the ham will still be safe to eat, but the quality of it will deteriorate.

Ham is food that needs to be handled properly to avoid bacteria contamination.

How Do You Defrost Ham?

Thawing ham, whether it’s cooked or uncooked, you have two options. The first method is to place the frozen ham in the fridge.

Remove the ham from the freezer and place them onto a plate to collect melted water. Leave the ham in the fridge overnight or for at least 6 hours.

If you need ham much quicker, you can thaw them in a bowl of water. Keep the frozen ham in their bag and submerge it in cool water.

After about 10 minutes, replace the water. Keep changing the water until the ham is completely thawed.

Can You Refreeze Ham?

Once the ham is frozen and thawed, you should not refreeze them. Doing so will the ham to be contaminated with bacteria. This is due to the ham being warm and bacteria only grows at room temperature.

However, if the ham has not completely thawed yet, and it’s in the fridge, you can refreeze them.

To avoid having to refreeze ham, you should freeze ham in a portion. This way, you’ll need to remove as much ham as you need without gaveling to worry about any leftovers.

Other Questions about Ham

Can you freeze salami?

Salami is a type of cured meat. Due to the meat cured, it really doesn’t need any freezing. All you need to do is vacuum-seal the package and store them at room temperature.

Can you freeze Serrano ham?

Serrano ham is a kind of dry-cured ham that’s produced mainly in Spain. Since the ham is cured, freezing them isn’t recommended. It will last just as long stored in its original package at room temperature or in the fridge.