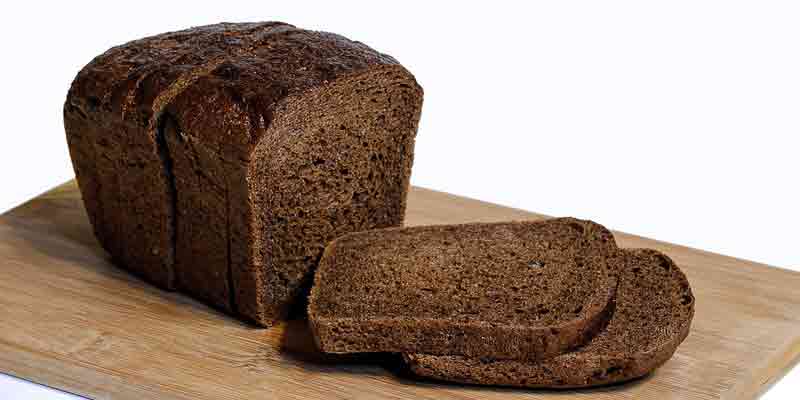 Rye bread is a type of bread made of flour from rye grain. The color will be light or dark depending on the coloring agents. Also, rye bread is much denser than wheat bread. If you’ve made a loaf of rye bread and want to store them for later, would freezing them be an option?

Can you freeze rye bread? Yes, you can freeze rye bread, whether it’s sliced or a loaf. Due to their texture, the bread will need to be prepped properly to retain the quality. Wrapping the bread in a cling wrapper and storing them in a freezer bag is recommended. Properly stored, rye bread and retain their quality for up to 3 months.

Rye bread is one of the grains that you shouldn’t keep in the freezer. This is due to the delicate texture of the bread. If it’s not properly stored, it will become very hard when it thaws.

To keep them fresh in the freezer, you’ll need to make sure no air gets to the bread. If it does, the bread will become tough due to freezer burn.

How To Freeze Rye Bread

When it comes to freezing rye bread, you can either freeze them as a loaf or pre-sliced.

Freezing them pre-sliced will allow you to remove from the freezer the amount you need. This will prevent any leftovers, and you cannot refreeze rye bread once it’s thawed.

On the other hand, freezing the bread as a loaf will require you to defrost and use them all at once.

If you’ve baked rye bread at home, Let the bread cool down to room temperature.

Slice the rye bread into your preferred size. The smaller they are, the faster they will freeze and thaw.

To give the bread an added layer of protection from the freezing temperature, wrap them in plastic wrap.

You can wrap them either a single slice or in a set of two if you know you’ll be using two slices every time.

Simply place the slice(s) on the cling film and wrap it, so no part of the bread is exposed to the air.

Place the rye bread into a freezer bag. You can stack them upon each other, but don’t put too much where it will be cramped.

Once all the sliced bread is in the bag, squeeze the air out of the bag and seal it tightly.

Place the bread into the freezer for storage. If you have a couple of bags and want to save space, allow the bread to completely be frozen first. Then you can either stack them on top of each other or stand them up.

Freezing a Loaf Of Rye Bread

After baking the bread, allow it to cool down completely first. Freezing them while it’s still warm will cause condensation in the bag. This will lead to additional moisture which will damage the bread when it thaws.

Once the loaf of rye bread is cooled, wrap them around a couple of times with a cling wrapper. This will give the bread double protection from the air in the freezer. Make sure no part of the bread is exposed.

Once the rye bread is wrapped, place them into a freezer bag that’s large enough to fit it. Then squeeze as much air from the bag as you can and seal it tightly.

Place the rye bread into the freezer for storage.

Can You Freeze Rye Bread Rolls?

For best quality, make sure to use the rye bread rolls within 3 months.

How Long Can You Freeze Rye Bread?

Rye bread will last for about 3 months in the freezer if it’s properly stored. The bread will for much longer than that though.

However, the longer it’s kept in the freezer, the more the quality of the rye bread will deteriorate. The bread will start to break apart and there will be a loss in flavor.

To ensure that it tastes at its best, you should consume it within 3 months.

How Do You Defrost Rye Bread?

The best way to thaw rye bread is in the fridge. This allows the bread to thaw slowly and will have little change in the texture and flavor.

Let the rye bread sit in the fridge overnight or for about 5 hours before you eat it.

If you’re pushed for time, you can thaw rye bread using the toaster. If you do, the texture and taste of it will not be that fresh. Adding jam to the bread, and you won’t notice any difference.

Can You Refreeze Rye Bread?

When it comes to rye bread, you can thaw them only if it has not passed 3 days. If it is, it’s best to discard the bread since refreezing it will affect the texture greatly.

To prevent having to refreeze rye bread, you should freeze them as slices. This way, you will avoid having to take out more than you need from the freezer.

Other Questions about Rye Bread

Can you freeze Biona rye bread?

Biona is a popular brand of rye bread. You can freeze this bread, just like any other rye bread. Use the method above to prepare and freeze any Biona branded rye bread.

Rye bread is packed with gluten. Anyone that is allergic to gluten or has an intolerance to gluten should avoid eating rye bread.

A passionate cook and stay-at-home mom. Since I spend most of the time in the kitchen, keeping the pantry clean and organized is a top priority. Besides being a clean freak, I enjoy gardening, hiking and other activities under the sun.