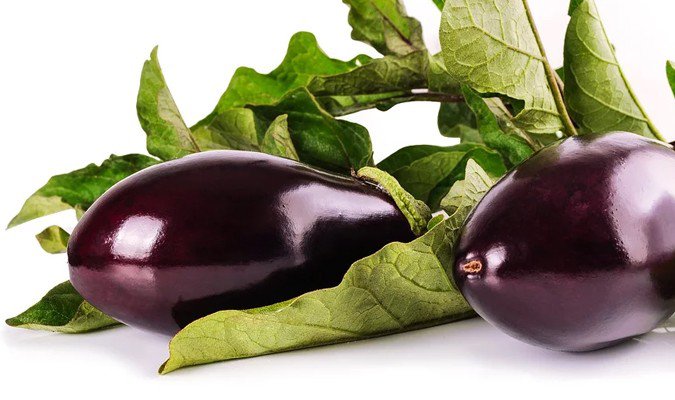 Eggplants are very nutritious and can be used to make a lot of delicious dishes. While they are great for cooking, they are not great for storing. Like most vegetables, they tend to not last very long once it’s harvested. Therefore, most people will wonder how long eggplant lasts.

Contents show
1 Eggplant Shelf Life
2 How Long Does Eggplant Last?
3 How To Store Eggplant
4 Can You Freeze Eggplant
5 How To Keep Eggplants Fresh For a Long Time
6 How to Tell If Eggplants Are Bad?
7 Related Questions
7.1 Can eggplant be toxic?
7.2 Should eggplant be peeled?
7.3 How do you take the bitterness out of eggplant?

Eggplants are just like other vegetables, once it’s harvested, they don’t have a long lifespan. The higher the air temperature, the faster they will decrease in quality.

If you store eggplants at room temperature, they should retain their freshness for about three to five days. If it’s really warm, you can expect them to lose their freshness within a day or two.

In the fridge, where it’s cooler, the eggplants can last for about 10 days. Afterward, they will start losing their freshness slowly.

As for cut eggplants, storing them in the fridge will only retain freshness for three to four days.

At room temperature, cut eggplants will last about 4 hours before they start going bad. However, they will still be safe to eat, but the freshness will decrease.

For cooked eggplants, most will be part of a dish. Depending on what other vegetables you’ve used also and the ingredients, it will retain their quality for 4 to 5 days.

As for the freezer, whether it’s whole, cut, or cooked eggplants, the vegetable can last for about 5 to 6 months before they start losing their freshness.

How To Store Eggplant

Proper storage of eggplants is the key to keeping them fresh for a long time. Depending on the eggplants if its whole, cut, or cooked, you need to store them correctly.

For whole eggplants, if they are stored at room temperature, they should be kept in a dark and cool place. The pantry is a great place to keep them until you’re ready to use them.

Also, make sure to keep them away from ethylene producers such as bananas and apples. Ethylene will speed up the ripening of the eggplant and could cause it to rot quickly.

Besides the pantry, the fridge is another great place to store the whole eggplant. Put them in the crisp section of the fridge and don’t wrap them. Again, keep them away from bananas, apples, and other ethylene-producing produce.

As for cut or cooked eggplants, they should never be stored at room temperature for more than 4 hours. If it’s going to be longer than that, put them into an airtight container and keep them in the fridge.

Can You Freeze Eggplant

When it comes to freezing eggplants, it’s a great option for preserving them long-term. Like most other vegetables, eggplants freeze really well in the freezer.

There are a couple of ways in which you can freeze them. You have the option to freeze eggplants by preparing a dish and freezing the entire dish. This method is simple and requires the least amount of time to prep.

Another method that is also popular is blanching and freezing eggplants. This method is great for storing eggplants for a long time, but it requires a lot of time to prep it as well.

As for freezing whole eggplants, it’s not recommended for a couple of reasons. The first reason is that the vegetable is too big and will take up too much storage in a typical home freezer. Second, when they are thawed, it can be difficult to handle them as they will become mushy and soft.

Therefore, it’s best to cut them into smaller pieces or use them in a dish before freezing them. 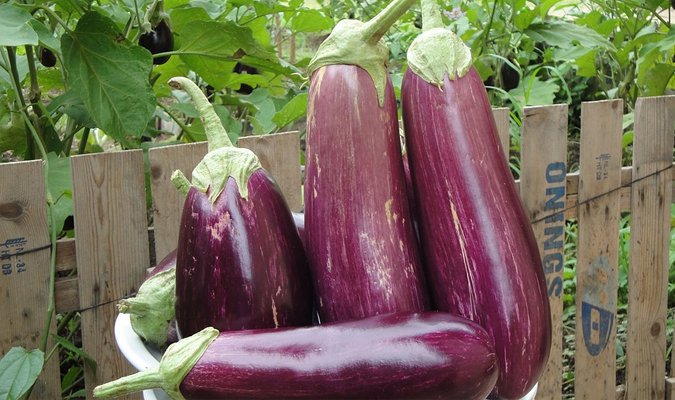 How To Keep Eggplants Fresh For a Long Time

To keep eggplants fresh for as long as possible will start at the grocery stores. By choosing the best quality eggplant, you can ensure they will last for a long time.

From the time it was harvested to the time it’s put on the store’s shelves, it could mean a difference between a couple of days of freshness and going bad. Therefore, since it’s hard to determine when it was harvested, it’s best to inspect the eggplants before you buy them.

First, pick up the eggplant and check to see if there are any bruising or cuts on the skin of the eggplant. You don’t want any of that as it will cause the eggplants to go bad prematurely.

Secondly, check the firmness of the plant. It should be firm to touch, but not too firm. Also, it shouldn’t be too soft either.

Besides the grocery stores, if you plant them in your own garden, harvesting them should be done when you are about to use them. If you need to store them, you can be sure that they will remain fresh for a long time.

How to Tell If Eggplants Are Bad?

Eggplants like other vegetables, tend to not last for a very long time once it’s harvested. Over time, they will start to rot. Rotting is just one of the signs that it has gone bad. It’s recommended when an eggplant rot, it’s best to just throw away the entire plant.

However, some people cut out the rotten part and use the rest. If it’s just a small area that’s rotten, you can get away with it. On the other hand, if it’s rotten all over the place, it’s best to throw the entire eggplant away.

If the appearance of the eggplant seems fine, the next thing to do is check the small of it. If it smells rotten or has an off smell to it, it’s best to throw them out.

Can eggplant be toxic?

It depends on what part of the eggplant it is. The eggplant itself isn’t poisonous. However, the flowers and leaves of the plant can be toxic. Eggplants contain an alkaloid called solanine, which in large doses can be deadly.

Should eggplant be peeled?

It depends on your taste preferences. As the eggplants become larger or older, the skin will be more bitter. Therefore, if you like the bitter taste, leave the skin on the eggplant. Otherwise, the skin of the eggplant should be peeled.

How do you take the bitterness out of eggplant?

After cutting the eggplants into slices or cubes, sprinkle some salt over them. Salt helps draw out some of the moisture which lessens the bitterness of the eggplant.

Leave the salt on the eggplant for about an hour and then rinse them off with water before you cook them.