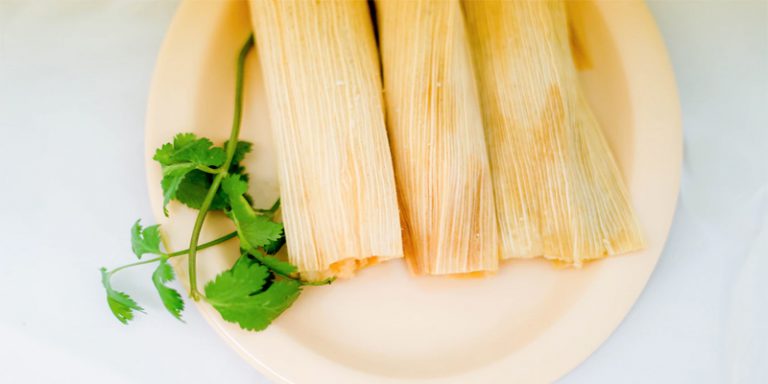 Tamale is a popular Mexican cuisine that has reached popularity all over the world. This Mesoamerican corn-based dish is usually filled with cheese, fruits, veggies, and the most important ingredients- chilies. Tamales have ingredients that go bad quickly after it’s cooked. Therefore, most people will wonder how long do tamales last?

Contents show
1 Tamales Shelf Life
2 How Long Do Tamales Last?
3 How To Store Tamales
4 Can You Freeze Tamales?
5 How to Freeze Tamales?
6 How to Defrost and Reheat Frozen Tamales?
7 How To Tell If Tamales Are Bad
8 Related Questions
8.1 How long should tamales sit after steaming?
8.2 Why are my tamales still mushy?

How Long Do Tamales Last?

Tamales are one of that food that doesn’t last very long due to the ingredients that’s used.  This applies both to cooked and uncooked tamales.

In the fridge, cooked tamales will last about a week. However, it will be safe to eat but the quality of it will decrease. Due to the fridge temperature, the dough will be too hard to eat. Even if you try to reheat it, the dough will become brittle and won’t taste good. It’s just better to toss any tamales that’s been sitting for longer than a week in the fridge away.

Cooked tamales in the freezer will last about 4 months. Again, it can last even longer, but the quality of the tamales will decrease. This is due to freezer burn and the ingredients that are used. Cooked vegetables and fruits don’t tend to last very long in the freezer.

For uncooked tamales, they should never be left out at room temperature for longer than an hour. This is especially true if you have ingredients such as meat and chicken used to make tamales.  If you’re not planning to cook them right away after it’s prepared, they should be stored in the fridge until they are ready to be cooked.

Uncooked tamales will last about a week in the fridge. After that time, the ingredients in the tamales will start to become hard. Therefore, it’s best to cook them within a week or put them in the freezer.

In the freezer, uncooked tamales will about four to six months. Again, they are safe to eat, but the quality of it will decrease.

How To Store Tamales

Tamales and other perishables food alike should never be stored at room temperature for more than 4 hours. However, you should always try to eat them or cook them within a couple of hours. Due to the ingredients such as meat and chicken used to make tamales, bacteria will start growing on them quickly.

If you’re preparing tamales or have those that are already cooked, it’s best to cover them with a cling wrapper while it’s stored at room temperature. This will not only help prevent bacteria from growing on it but keeps insects and other pests from feasting on your tamales.

For storing in a plastic bag, put just enough tamales in there that you can seal the bag. Also, make sure to squeeze as much air out of the bag before sealing it.

If you need to store them for longer than six months, it’s recommended to vacuum seal the bag and store it in the freezer. This vacuum sealer bag is great for freezer storage, which is found on Amazon. By vacuum sealing, all the air is completely removed from the bag. Therefore, since there is no oxygen in the bag, the tamales will last up to a year. 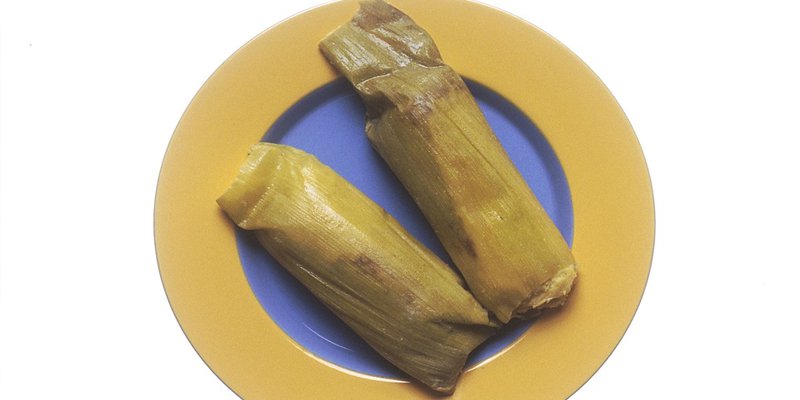 Can You Freeze Tamales?

Anyone who has made tamales at home before knows this dish takes hours to make. Therefore, most people will make large batches of them to eat now and for later use.

With a large batch, more than likely, you’ll need a place to store them. The freezer is the best option for storing tamales. Best of all, tamales freeze in the freezer so well that it will stay fresh for up to 6 months.

However, to keep them fresh for that long in the freezer, you’ll need to prepare and pack the tamales properly. If not, after 6 months, the tamales are safe to consume but the flavor and texture of it will change.

One thing to remember when freezing tamales is to make sure it’s cooked first. Freezing raw or uncooked tamales will increase the chances of the flavor and texture changing over time while it’s in the freezer. This is due to the properties of the ingredients that are uncooked. Raw ingredients such as fruits and vegetables will start to degrade when it’s frozen.

How to Freeze Tamales?

Preparing tamales for freezing is quite simple and doesn’t take a long time either. Whether you’re freezing homemade tamales or a leftover tamale, it’s important to let it cool down completely first before prepping it.

Check to make sure the tamales are cooled to the touch. If it’s not, let it sit and check every couple of minutes to see if it has cooled down. In addition, make sure that you don’t leave it to sit at room temperature for too long or it will spoil.

Once the tamales have cooled down completely, it’s ready to be prepped. Check to make sure the tamales are wrapped tightly with the cornhusk or banana leaf. Then get a large airtight container or a resealable freezer bag. Make sure it’s clean and free of any dirt and moisture.

Once it’s cleaned, transfer the tamales to the container. Set them flat in the container so they retain their shape once they’ve been thawed. Try to not pack too many tamales in each container, leaving about an inch of space at the top.

Last, seal the container with a lid and write the storage date on it. If you’re using a freezer bag, remove as much air from the bag as possible and seal it. Put the container or freezer bag at the deep end of the freezer. If you’re planning to stack the bags on top of each other, make sure the tamales are frozen first before stacking it. 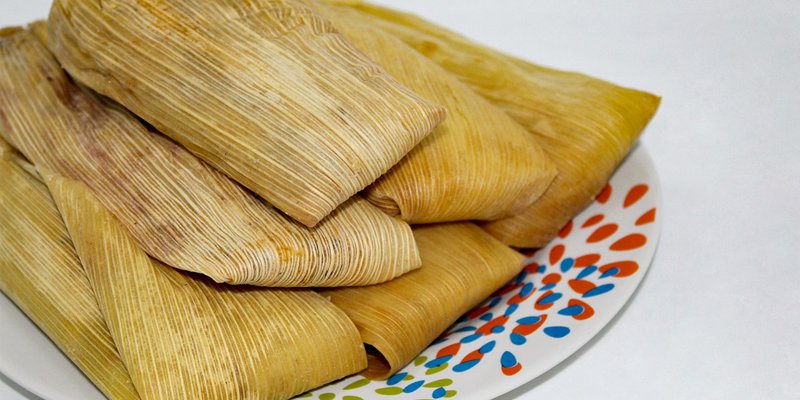 How to Defrost and Reheat Frozen Tamales?

Defrosting tamales can be done in a couple of ways, depending on how fast you need them. If you’re not in a rush, simply transfer the entire airtight container or freezer bag to the fridge. Let it sit overnight and will be ready by morning.

If you need it in a couple of hours, you can leave them on the counter at room temperature. To thaw them quicker, take the tamales from the container or bag and place them on a plate.

Once it’s thawed, there are a couple of options you can choose to reheat tamales. In the first one, you can reheat the tamales in a tamales steamer or a regular steamer. Leave the husks on the tamales so the dough won’t stick onto the steamer.

The next option is to reheat thawed tamales in the microwave. Start by removing the husk of each tamale and put a couple of tamales on a microwave-safe platter. Take a cup and pour fresh water into it and place it on the same platter as the tamales. Doing so will ensure the tamales will stay soft while they’re being heated. Put it in the microwave and set it at the lowest setting or the “defrost” setting and heat it for about 3-5 minutes.

Frying the tamales is another great way to thaw and reheat them. Simply remove the husks off the tamales and fry them in a skillet. Add just a little cooking oil to the pan and turn them frequently until each side is a nice golden brown. This is great for those who enjoy crispy tamales.

The last option is baking the tamales and this process takes the longest. Get a baking pan out and prep it by spraying or coating it with cooking oil. Then place the tamales onto the pan and stick it in the oven at 425 degrees F for about 40 minutes.

How To Tell If Tamales Are Bad

When tamales go bad, there are a couple of signs to look out for. Since tamales have ingredients that are mostly vegetables, fruits, and meat. With tamales, mold and a stinky smell are usually the signs that tamales are bad.

As for the texture, tamales that are bad will have mold growing on them.  The color of it will also change from a yellowish color to orange or pink. If you notice mold and the color changes, throw out the entire tamales.

When it comes to the smell, bad tamales will have a rotten smell. Depending on the ingredients you’ve used, it may have other smells to it. Best thing to do is when you suspect the smell is off, throw it away.

Consuming bad tamales could cause food poisoning so it’s important to throw away the entire tamales instead of trying to separate the bad part from the good part.

How long should tamales sit after steaming?

After steaming, the tamales should sit in there for at least 30 minutes. Once it’s steamed, turn the steamer off and leave the lid on with the tamales inside.

Why are my tamales still mushy?

When tamales are still mushy, it’s usually either the dough is too wet to begin with, or you’re not steaming the tamales long enough. The tamales should be steamed until the tamale peels away from the husk. As for the dough, the wetter the dough is, the longer you’ll need to steam them.