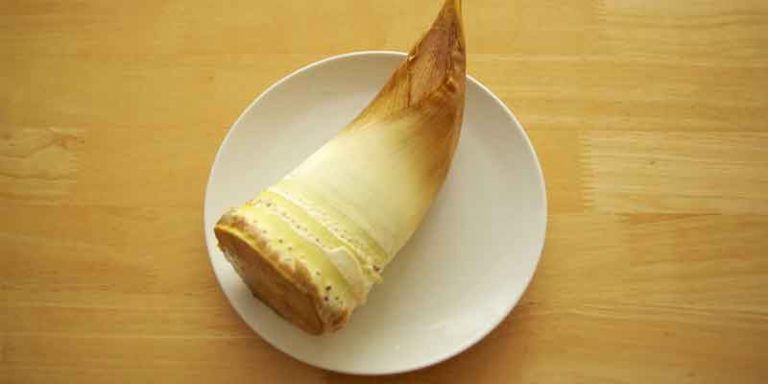 Bamboo shoots are a popular vegetable used in Asian cooking. With this sweet and crunchy texture, these vegetables are versatile and can be used in curry, soups, stir-fries, and even desserts. Like most other vegetables, once they are harvested, they tend to not last very long.

In this short guide, we’ll go through the details of how long bamboo shoots will last, where to store them, how to store them, and how to tell when they are bad. If these are the information you’re looking for, keep reading.

Tomato Puree
What Are Bamboo Shoots?

Bamboo shoots are the edible shoots of the bamboo plants. These are new plants that just start to emerge from the ground. At this stage, they are able to be consumed. It will be tough, but once it’s cooked, it will be soft enough to eat.

Usually around 2-3 weeks after it protrudes from the ground, they will be harvested. Depending on what they’ll be used for, bamboo shoots will either be processed right away or stored for later uses.

If the bamboo shoots are not cut or damaged, they will continue to grow into a long stalk. As they mature, the bamboo shoots will no longer be able to be eaten. It will become very tough, similar to the hardness of the woods.

How Long Do Bamboo Shoots Last?

At room temperature, bamboo shoots will last for about a week. Try to keep them away from direct sunlight and other heat sources.

Fresh bamboo shoots stored in the refrigerator will last for about 2 weeks. They should be unpeeled and stored in the crisp section of the fridge. If it’s going to be longer than 2 weeks, it will still be safe to eat, but it will start to become bitter.

In the freezer, bamboo shoots will last for about 3 months. However, you’ll need to cook them first before freezing them. Raw bamboo shoots don’t freeze very well. The texture and taste will be damaged by the freezing temperatures.

Canned bamboo shoots will last for over a year after the printed date on the can. The date printed on there is just to tell you how long it will remain at its peak quality. After that time, you’ll still be able to eat them, but the quality will decrease.

With bamboo shoots, there are different varieties of them when it comes to flavors. There are some that are sweet and others that are bitter.

Some varieties that are sweet will turn bitter later in the season. This is all dependent on the weather and soil conditions.

When bamboo shoots are bitter, this bitterness taste is from a toxin called cyanogens. The hydrogen cyanide is produced by the bamboo as a defense against predators and pests from destroying them.

This toxin is very toxic to humans and can cause death. However, you’ll need to eat a lot of it for death to occur. The usual symptoms of bamboo poisoning are nausea, vomiting, and headache.

Therefore, it’s always important to boil the bamboo shoots before consuming them.

Like any other vegetables, bamboo shoots can go bad if it’s not stored properly or it has past their shelf life.

Fresh bamboo shoots will usually last for weeks if it’s stored in a cool and dry place. The outer skin should always be left on if it’s going to be stored at room temperature or in the crisp section of the fridge. The skin is very tough and acts as a barrier to keep air from reaching the flesh. Once air gets to the flesh, oxidation will start to occur and the bamboo shoots will start to go bad.

How To Tell When Bamboo Shoots Is Bad?

Whether the bamboo shoots are fresh or canned, all of them will show similar signs when they go bad. This vegetable has a lot of moisture in them so the most common signs to look for are mold. As they start to go bad, mold will begin to grow on them. Sometimes, the molds will grow under the skin of the bamboo. The only way to tell is if you peel the skin off it.

Another sign to look for is the smell of it. Spoiled bamboo shoots will have an off smell to it. The smell will be almost like ammonia. If you don’t recognize the smell of the vegetables, it’s best to just discard them.

As for appearance, bamboo shoots that are bad will be soft and mushy and darker in color. If you’ve stored them in water, the color will still be bright, but once you touch them, it will be mushy. This is a sign that it’s bad and should be thrown away. 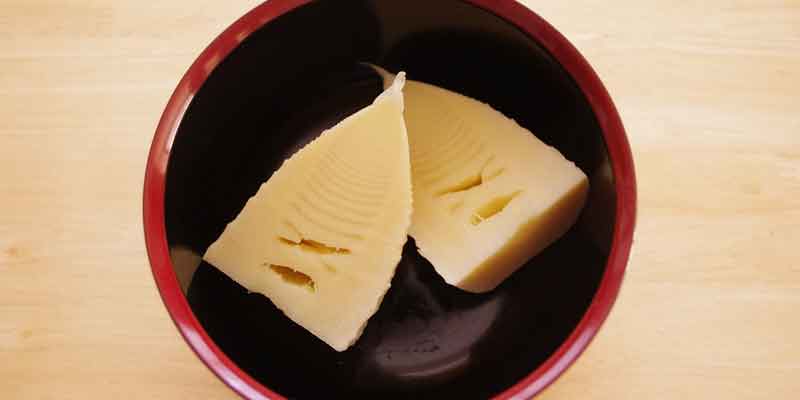 How To Store Bamboo Shoots

At room temperature, keep the bamboo shoots unpeeled and away from direct sunlight and other heat sources. By keeping them unpeeled, the skin actually helps retain the moisture in the bamboo shoots. Once the flesh is exposed to the air, it will start drying up and become bitter.

The best place to keep bamboo shoots is somewhere that’s cool and dark. The pantry or the cupboard is a good location to store them.

You can also store fresh bamboo shoots that are peeled at room temperature. Simply place the bamboo shoots into a container of cold water. Cover the container with a paper towel or paper bag. Store them in a cool place like the pantry or the cupboard. Make sure to change the water out daily and they will remain fresh for up to a week.

The fridge is also a great place to store bamboo shoots that have been boiled. By boiling or blanching them first, they will last much longer in the fridge. If properly stored in an airtight container, they can last up to a month.

In the crisp section, bamboo shoots can only be stored unpeeled. It’s a good idea to put them into a paper bag if there are other foods that are being stored there as well.

Can You Freeze Bamboo Shoots?

Bamboo shoots can be frozen, but only if they are cooked first. Due to the texture, freezing raw bamboo shoots will cause them to lose their texture and flavor quickly. By cooking them first, it will help preserve their quality.

To keep bamboo shoots fresh for a long time, it’s important to only buy fresh ones. Most of these are usually imported and will be well wrapped. However, since there are expiration dates on the package, it can be hard to tell when it expires.

Therefore, always check the freshness of it by looking at the texture and color of it. Good quality bamboo shoots will have all the leaves intact and have some green leaves growing from them.

Bamboo shoots that are going bad will have an off smell to it. The leaves will also start to fall off and there will be no new leaves growing from it.

At home, to keep them fresh longer, you’ll want to keep the outer leaves intact. Only peel it when you are ready to cook it. The leaves of the bamboo shoots are tough and will help keep the flesh from drying out.

Can you eat raw bamboo shoots?

It’s not recommended to eat raw bamboo shoots since it will be tough and bitter. By boiling them first, they will become softer, which will make them easier to eat. Also, boiling will get the right of any bitterness.