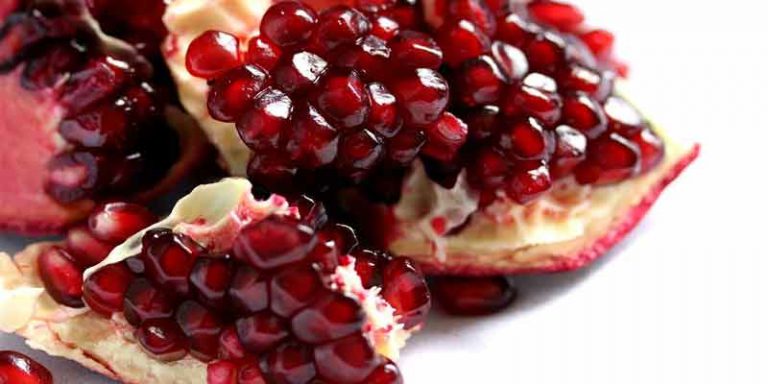 These fruits are popular for their sweet and tangy taste. The seeds of the pomegranate fruit are what’s usually eaten or cooked with. It can be eaten raw or cooked so this fruit is very versatile. With pomegranates, they are only available for a short time each year. The fruit is abundant during late fall and early winter. After that, it will not be available until next fall.

Those who enjoy eating them all year long will want to find a way to store them. Pomegranate seeds can be stored in the refrigerator for up to 5 days. What if you want to store them longer than that? Would freezing them be an option?

Yes, freezing the pomegranate seeds is possible and it will last for a very long time. However, you should try to consume them within 6 months for the best taste. After 6 months, the seeds will still be safe to eat, but the quality will diminish.

Should You Freeze Pomegranate Seeds?

With a short growing season that usually begins in late fall to early winter, pomegranates are not always available in stores. This is a good reason to freeze them so you’ll have them during the seasons that it isn’t available.

If you want to eat pomegranates throughout the year or use them in salads and other foods, you definitely should freeze them.

The pomegranate seeds are easy to freeze, but take a little bit of time to prepare them.

How to Freeze Pomegranate Seeds

Freezing pomegranate seeds is really straightforward and takes some time to prep. Most of the time will involve removing the seeds from the fruit.

Those who are not familiar with pomegranates will think extracting the seeds is a daunting task. If you know the techniques, collecting the red seeds will not be as complicated as you might think.

Below are the instructions to first prep the seeds for freezing. The second instructions are to use the flash freezing method to store the pomegranate seeds:

If there are some pith that is stuck to the seeds, you can leave them there if you want. It’s edible to eat, but a little bitter. If you don’t like the bitterness of it, simply peel the pith off the seeds.

How Long Can You Freeze Pomegranate Seeds?

Therefore, it’s recommended to consume the pomegranate seeds within 6 months once it’s frozen.

After 6 months, they are still safe to eat, but again, they won’t taste as fresh as they should be.

When freezing the seeds, it’s important to label them so you’ll know when to use them so they won’t go to waste.

How Do You Defrost Pomegranate Seeds?

If you’ve flash freeze pomegranate seeds, there’s really no need to thaw them. Once it’s taken out from the freezer, the seeds will start to thaw almost immediately.

For smoothies and other drinks, simply take them from the freezer and put them into the drinks.

To garnish salads and other meals, take the number of pomegranate seeds that you need from the freezer and sprinkle them over the foods.

If you do need to defrost them, make sure to thaw them in the refrigerator. Defrosting them in the fridge will prevent the loss of texture and flavor.

Pomegranate seeds do go bad if it’s stored in the freezer for too long. 6 months is usually the time that the seeds will remain fresh. After that, the quality of it will start to diminish. However, the pomegranate seeds are still safe to eat and use for cooking.

If it’s been over a year, the seeds are pretty much destroyed. At this point, the seeds will be damaged from the freezer burn. If you try to eat it, it will be soft and not tasty at all. It’s still safe to eat them, but you won’t enjoy them.

Another way that it could go bad is when it’s thawed and left out too long. The thawing process will start to make the seeds soft and if it’s not used within a certain time, they will turn mushy. The pomegranate seeds will be in a puddle of red water.

Can you freeze pomegranate whole?

Yes, you can freeze the whole pomegranate fruit. To do so, make sure the fruit is fresh with no cuts or bruises on the outer skin. Next, place the pomegranate into a freezer bag. You can put more than one into the bag if you like. Squeeze out as much air from the bag as you can and seal it tight. Label a date on the bag and place it into the freezer.

Can you freeze pomegranate juice?

You can freeze pomegranate juice. The juice will maintain its flavor and color when frozen. You can use the juice for baking or cooking, simply toss the frozen pomegranate juice into your recipes. On the other hand, if you plan on drinking it unfrozen, it’s best to thaw it in the refrigerator overnight before serving.

Is the pomegranate outer skin edible?

The outer rind of the pomegranate fruit is actually safe to eat. However, most people just discard them because it’s bitter.