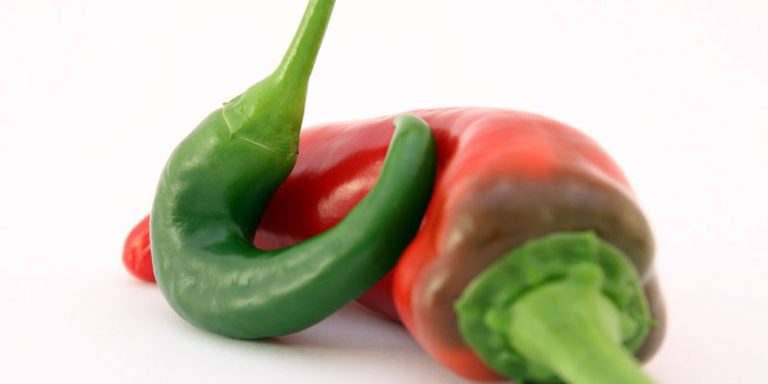 Peppers are great to have around the kitchen. if you’re making something that requires a little spice and flavor, peppers are the best choice for it. Most vegetables can be stored at room temperature when it’s harvested, while others need to be refrigerated. As for peppers, do you need to keep them refrigerated?

If you’re planning to use the peppers within a week, you can leave them at room temperature. Be sure to keep them away from direct sunlight and appliances. The heat can make them prematurely ripen, which decreases their shelf life quickly.

Peppers will last much longer than other vegetables if it’s properly stored. Keep them in a dark and cool place like the pantry or cupboard. These two places will ensure your peppers will have the longest shelf life at room temperature.

If you’re not planning to use the peppers within a week, it’s best to transfer them to the fridge to extend their shelf life.

When To Store Peppers in the Fridge

If you’re going to store your peppers in the fridge, there are a few things to think about. When do you intend to use the peppers you bought?

Peppers have semi-protective skin that protects their delicate interiors from spoilage. This outer skin is thick and can prevent moisture and air from reaching the inside of the peppers.

If you plan on eating them within a few days, there’s no need to keep them in the fridge. Store them at room temperature to conserve space in the fridge.

If you are not planning to eat the peppers within a week, it’s best to store them in the freezer. By keeping the peppers in the fridge, it will slow down the ripening process even further.

How to Refrigerate Whole Peppers

Peppers are a great addition to any meal, but they don’t last long sitting out in the open. To make them last longer, you can put them in your fridge!

First, cut off the top of the pepper and compost it. Then take some plastic wrap and wrap it around the entire pepper. Make sure that the pepper is completely dried first before you wrap it though.

Then place the whole peppers into the fridge for storage.

On the other hand, if you’re going to store them in the crisper section of the fridge, there’s no need to wrap them first. Make sure that the peppers are dry and place them into the crisper drawer.

How to Refrigerate Diced or Cut Peppers

Pepper is one of the most common spices used in the kitchen. If you used some to make a meal and have some leftovers, you will need to keep them in the fridge. Leaving them out at room temperature will cause the peppers to dry out and lose their flavors.

To keep fresh cut peppers from going brown, use a paper towel to absorb any excess moisture from the cut ends. If you don’t have any paper towels handy, just sprinkle some salt on top of the pepper pieces to help draw out water droplets.

You can then wrap them in plastic or put them in a zip lock bag or an airtight container. Then store the peppers in the refrigerator and try to use them within 4 days.

Buy Peppers with Storage in Mind

Since peppers don’t usually last for longer than a month, it’s best to buy only what you need for the month. Peppers are relatively available throughout the year, so you should not have any issues finding fresh peppers any time of the year.

However, if you want to buy peppers so that you always have some on hand, you have different options for storing them.

For peppers that are going to be used within a week, the pantry and cupboard is the best place for storing them.

For peppers that are going to be used within a month, you can store them in the fridge.

Any peppers that you will want to keep stored at home for longer than a month, you will need to freeze them.

How to Freeze Peppers

When it comes to vegetables, most will need to be blanched first before they can be stored in the freezer. As for peppers, this isn’t the cause. Blanching the peppers will actually cause them to become limp and soggy.

Instead, all you need to do is wash the peppers with cold water. Depending on the peppers you have, you will need to cut them up or you can freeze them whole.

For bell peppers, you will need to cut them into smaller pieces and remove the seeds, stem, and membrane.

Then on a tray, lay a sheet of wax paper. Place the pieces of bell peppers on the tray and keep them spaced out.

Once all the peppers are on the tray, place them into the freezer. Let it sit in the freezer for about 2-3 hours until it’s frozen. Doing so will prevent the peppers from sticking to each other when frozen.

After the peppers are frozen, remove them from the freezer. Immediately transfer them to a freezer bag. Then press on the bag to remove any excess air that’s in there before sealing.

Label the bag with the date of freezing and place them into the freezer.

When it comes to refrigerating your peppers, it will depend on when you’ll be using them. After it’s harvested, the peppers will last for about a week at room temperature. If you know you won’t be using any of the peppers within a week, it’s best to refrigerate them to extend their shelf life for another 3 weeks or so.