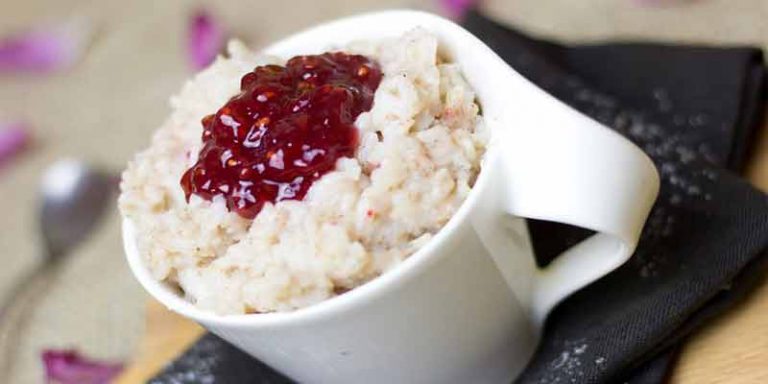 Rice pudding makes excellent food for either desserts or dinners. The pudding can be topped with jam, sprinkled with cinnamon, or covered with chocolate. When making rice pudding at home, you’ve got carried away and made a little too much. Instead of throwing it away, can you freeze rice pudding for later use?

Should You Freeze Rice Pudding?

If you’re making rice pudding at home, you definitely should freeze them. As you know, rice pudding takes quite a long time to make. To save time making the pudding next time, it makes sense to freeze them.

Another reason to freeze rice pudding is its short shelf life that it has. Rice pudding whether it’s homemade or bought from the store, will last for only 4 days. To keep them fresh and for later use, freezing is the only option.

How Long Can You Freeze Rice Pudding?

Rice pudding will last for 3 months in the freezer. Ideally, you’ll want to eat it much sooner for the best quality.

After 3 months, the pudding can still be eaten, but the quality will diminish. The texture will be watery and the flavor will not be as fresh as it should.

The longer the rice pudding is stored in the freezer, the more chances of it getting freezer burn. This happens when air gets into the freezer bag or container and oxidates the pudding.

Therefore, it’s important to label the rice pudding, so you’ll know when to use it or throw it away.

How To Freeze Rice Pudding

Rice pudding is quite easy to freeze once it’s cooked. Before freezing it, make sure that it’s cooled to room temperature. After it’s cooled, you’ll need to prepare them for storage in the freezer right away. Due to some ingredients like milk and rice, harmful bacteria can start to form on it quickly.

There are two options to store rice pudding. You can either use an airtight container or a freezer bag. Both will keep the pudding fresh for a long time.

Another thing, it’s recommended to place the rice pudding in portion sizes. That way, you won’t end up having to defrost too much at any one time.

If you’re using a freezer bag, put the rice pudding in there and leave about an inch of space at the top. As the pudding freeze, it will start to expand a bit. Then squeeze out as much air from the bag that you can and seal it. Label the bag and place it in the freezer. If you have a lot of rice pudding, you can stack them on top of each other to save room in the freezer.

If you’re using an airtight container, place the rice pudding in there and place the lid on top of it. Seal the lid tight and label it with a date. Then place it into the freezer. 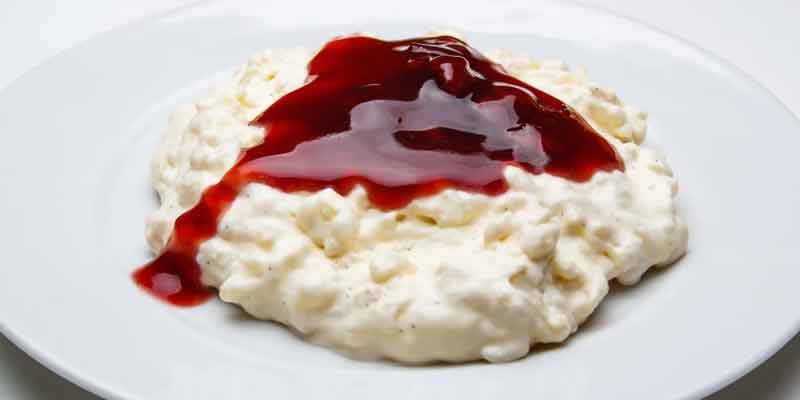 How Do You Defrost Rice Pudding?

Rice pudding can be thawed using two different methods. The first method is to place the frozen rice pudding into a bowl and let it thaw slowly overnight in the fridge. This is the best and recommended option. Doing so will help the pudding retain its texture and flavor.

The second method is using the frying pan to thaw it. This is the fastest way to defrost the rice pudding. However, you will lose some texture and flavor. Heat the pan over very low heat and place the frozen pudding into the pan. As it melts, with a spatula, constantly stir it until it’s completely melted.

Can You Refreeze Rice Pudding?

Refreezing rice pudding is something that’s not recommended. Due to the ingredients used such as rice and milk, there is a risk that it can go bad. This will result in a bad-tasting pudding.

For milk, the chances of it spoiling is great, especially when it begins to thaw. Refreezing the pudding again, you could end up freezing spoiled milk. This not only will make the pudding taste bad, but you may get sick from it too.

As for the rice, due to the freezing temperature, it will slowly begin to split. As it thaws, the rice will split even further. By freezing the rice pudding again, the result will be a mushy and watery pudding.

Can You Freeze Homemade Rice Pudding?

If you’ve decided to make rice pudding at home, not only will you be using the freshest ingredients, but it will last much longer.

Therefore, yes you can freeze homemade rice pudding. Due to the fresher ingredients used, it can last a bit longer than 3 months in the freezer.

Freezing homemade rice pudding is the same approach as outlined at the top of this article.

Can You Freeze Ambrosia Rice Pudding?

Ambrosia rice pudding will usually come in a tin or portion-sized pots. Therefore, it’s not needed to freeze them.

However, if the pudding has been opened, you’ll need to freeze them if you’re planning to store it for longer than a month. Otherwise, keep it in the fridge to prevent it from going bad.

Can You Freeze Tinned Rice Pudding?

Tinned rice pudding doesn’t really need freezing. They can be stored in the pantry or cupboard for a very long time. However, once the rice pudding is opened, you’ll either need to store them in the fridge or the freezer.