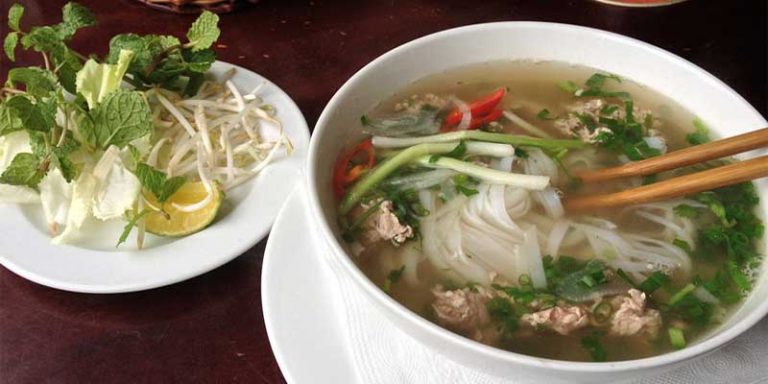 Pho is an authentic Vietnamese soup that’s a popular food to eat during breakfast and sometimes during lunch. It usually consists of different meats and vegetables all mixed into a beef broth. Those who order as take out or make it at home will wonder how long pho last.

Pho can go bad if it’s not stored properly. The ingredients used are highly perishable and once it’s mixed with the broth, it will slowly start to deteriorate.

Unlike other soups, pho goes bad due to the noodles that are used in it. These noodles are cooked thoroughly to make them soft and edible. Then it’s put into a hot broth soup where it will get cooked again. The heat from the broth will slowly cause the noodles to become soft. The longer it sits in the broth, the more it will start to get soft and break apart.

How To Tell When Pho Is Bad?

Like other soups, pho will show signs when they go bad. When all the ingredients are added together, it will cause them to get cooked further. As it cools, those ingredients will tend to start deteriorating and harmful bacteria will start growing.

Depending on what ingredients are used, each will have different signs when it goes bad. Below are the ingredients used and what to look out for:

Also, look for bubbles on the broth when it goes bad. This bubbling is caused by bacteria. If the broth has been sitting for a couple of hours and it has bubbles on the surface, discard the entire soup.

The noodles used for pho usually don’t last very long once it’s in the broth. It’s easy to tell when the noodle goes bad simply by looking at the texture.

When the noodles go bad, the noodle will become very soft. Also, it will be mushy and will instantly break apart as you try to lift it.

If it has been sitting at room temperature for too long, it can also go bad. The noodles will be mushy and have a spoiled smell to it. This is due to the rice as the base ingredients used to make noodles. 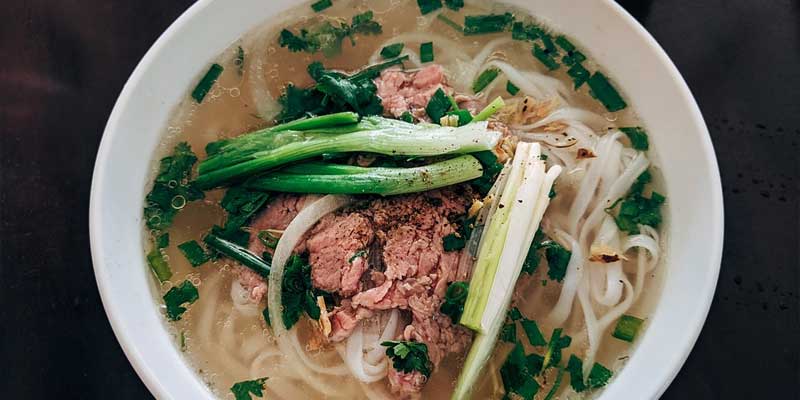 How To Store Pho

The only and best way to store pho is to separate all the ingredients from the broth. This means keeping the noodles, vegetables, and meat away from the broth until it’s ready to be eaten.

The broth can be stored at room temperature for a couple of hours. After that, if it’s not going to be used, place the broth into the refrigerator for storage. Otherwise, it may start going bad.

As for the vegetables and meat products, they should be stored in the refrigerator until it’s ready to be used.

When storing them in the fridge, make sure to always place them in an airtight container or plastic bag. This is especially true for meat such as chickens, beef, and seafood.

Noodles should also be stored in the refrigerator if it’s not going to be used within an hour. They tend to go back quickly and have bad bacteria growth if stored at room temperature.

Can You Freeze Pho?

Yes, you can freeze pho, but only the broth. If you freeze pho that has noodle and other ingredients in it, it’ll freeze fine, but the problem starts when it thaws.

As the pho thaws, the noodle will become soft and mushy. Also, if it has vegetables in it as well, it too will become soft. All of this will leave the pho not very appealing.

How To Keep Pho Fresh Longer

The best way to keep pho fresh for as long as possible is to keep the ingredients and broth separately until it’s ready to be consumed.

If you’ve already mixed the ingredients into the broth, it’s not recommended to try to store them. Any leftovers should be discarded. Pho tends to spoil very quickly and bacteria will start growing in the broth.

How long does take out pho last?

Take out pho will usually last for about an hour. Most restaurants will separate the broth, noodles, and vegetables to take out orders. Once you get home, you can mix it together and enjoy the pho.

Once the noodle and other ingredients are mixed with the broth, it should be consumed within an hour. If not broth will start to get cold. Depending on what other ingredients you’ve ordered like beef or shrimp, it can go bad and harmful bacteria can start growing on it.

How long does pho broth last in the fridge?

Pho broth can last for up to a week in the fridge. The broth should be stored in an airtight container to prevent loss of moisture. After a week, it will start to go bad and it’s best to throw them away.

How long does pho last in the fridge?

Pho stored in the fridge will last 1-2 hours at most. The broth will last much longer, but the noodles won’t. After an hour, the noodle will start to get soft and break apart.

How long does leftover pho last?

Leftover pho tends to not last very long. At room temperature, you can expect them to go bad within an hour. If it’s really hot, it will go bad much sooner.