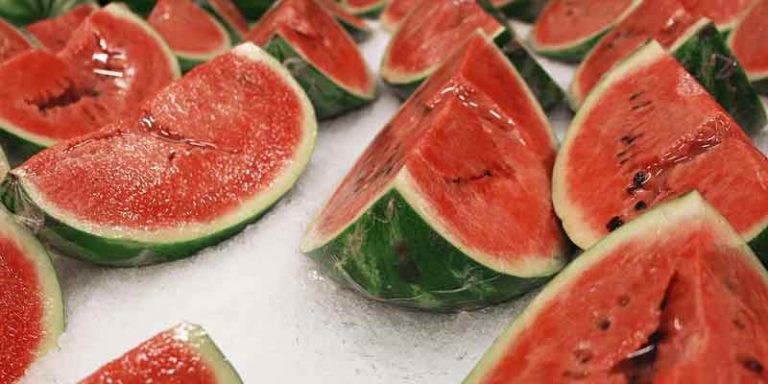 Watermelon is a favorite fruit to eat during the hot summer months. With their flesh made up of more than 90% percent liquid, you can be sure a single bite will help quench your thirst. Watermelon is one of those fruits that grow only during the warmer months of the year. Since they are not available during the colder months, most will want a way to eat them during this time. Therefore, can you freeze watermelon to eat during the winter?

The simple answer is, yes you definitely can freeze watermelon!

In this short guide, we’ll go through the process of freezing watermelon, which part you can freeze, how long they can be frozen for, and what you can use frozen watermelon for. If this is the information you’re looking for, keep reading. 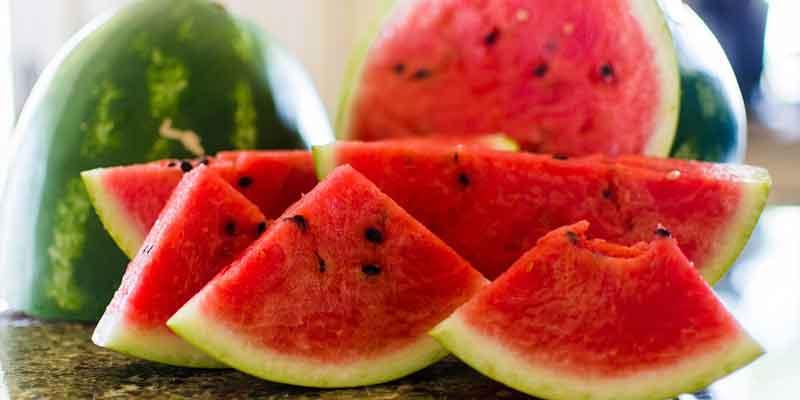 Can You Freeze Watermelon?

Watermelon is a seasonal fruit that grows only during the summer months. Therefore, this is an excellent option for those who enjoy watermelon during the colder months of the year.

Watermelon contains 90% liquid so it will freeze very well and for a long time too. You can freeze the watermelon as a whole, cut, or slice.

However, it’s recommended to freeze only the flesh of the watermelon. Trying to freeze the entire watermelon will take up a lot of space in the fridge and it won’t last very long.

There are two distinctive ways to freeze watermelon for later use. You can either freeze them as a cut or sliced or as cubes in an ice cube tray. Cut and sliced watermelon are great to use in recipes. Watermelon that is frozen as a cube is great for smoothies, health drinks, and ice cream.

The only downfall to freezing watermelon is its limited use after it’s frozen. During the freezing process, their texture will start to change. It isn’t noticeable until you begin to thaw the watermelon.

How Long Can You Freeze Watermelon?

Frozen watermelon will last up to 12 months in the freezer. Sometimes, it can last much shorter or longer depending on how you store them. With watermelon, you only have the option to freeze just the flesh of the watermelon.

If you know you’ll be using all the watermelon within a couple of weeks, you can put the entire watermelon into the freezer. If the watermelon is too big to fit in there, cut them into smaller slices and place them into a freezer bag. However, you won’t be able to eat them fresh when it thaws though. After it thaws, the flesh will become too soggy and watery to eat.

How To Freeze Watermelon

Since you can’t the watermelon fresh after it thaws, the best option is to freeze them cut or as ice cubes. Both cut and cubes of watermelon is easy to prepare and store. Also, they are perfect for when you need just a few pieces to make your favorite desserts or drinks.

How To Freeze Cut Or Sliced Watermelon

How To Freeze Cubes Of Watermelon

How Do You Defrost Watermelon?

Since frozen watermelon can’t be eaten fresh, you won’t need to defrost the watermelon completely. Sometimes, depending on what you’ll be making, watermelon won’t even need to be thawed at all.

Drinks and dessert recipes that require ingredients to be blended will not need the watermelon to be thawed. Simply drop the frozen fruit into the blender.

If you need to defrost the watermelon, take the amount of watermelon you need and place it on a plate. Then put it into the fridge for a couple of hours to let it thaw.

Once the watermelon is frozen, the texture will change. As it defrosts, it will become soggy and watery. Therefore, frozen watermelon won’t make a tasty fruit to eat fresh.

However, frozen watermelon is great to use in food that requires blending. Making smoothies is a great option to use frozen watermelon. Since it’ll be blended with other fruits and ingredients, the texture and flavor will not make a big difference.

Other things you can be with frozen watermelon are making salsa dipping sauces, making granita, using them in cake mix, and making ice pop out of them.

Watermelon that is left in the freezer too long will more than likely get freezer burn. Once they are damaged, you’re only option would be to throw them out.

The same goes if you left them out on the countertop. If you’re planning to use them to make your favorite drink or desserts, if it’s been a couple of hours after it thaws, you may notice bubbles in it. This is a sign that the watermelon is bad and should be thrown away. 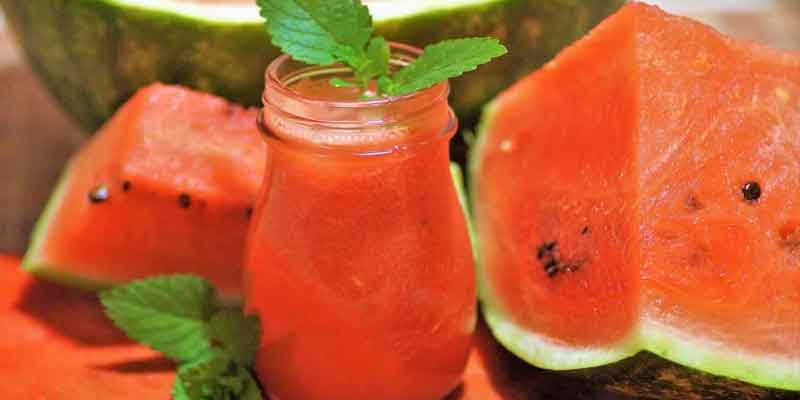 How To Tell When Frozen Watermelon Goes Bad

Frozen watermelon is a great way to enjoy this summer fruit all year long. But how do you know if the watermelon has gone bad?

If you leave the watermelon out on the counter, it may go bad in just a few days. That’s because when watermelons are exposed to air, they begin to lose their sweetness and develop an unpleasant odor.

Smell: If your frozen watermelon starts smelling sour or rancid, it means bacteria has started growing on it — that’s not safe for anyone to eat!

Texture: Frozen watermelons should be firm and solid when thawed. If yours feels soft or mushy, then there’s probably something wrong with it and you should get rid of it before someone gets sick from eating it.

Color: Watermelons have bright colors when fresh and ripe; so if yours turns brown or black after being thawed out, that’s another sign of spoilage.

Can You Freeze Watermelon Puree?

After making the puree, pour it into the ice cube tray and place it in the freezer. Once it’s completely frozen, remove each watermelon cube from the tray and store them in a freezer bag.

Can You Freeze Watermelon Rind?

Yes, you can freeze watermelon rind. Watermelon rinds are edible and nutritious. You’ll want to freeze them separately from the flesh as it might harm the flavor or texture.

To freeze the rind of the watermelon, simply put them into a freezer bag, squeeze out as much air as possible and seal it tightly. Then place it in the freezer and it should last for up to a year.

Can You Freeze Watermelon Seeds?

The seeds of the watermelon can be frozen. This is a great way to preserve them for a long period. Proper storage can keep the seeds in great quality for up to 5 years. Frozen watermelon seeds can be used for roasting or planting once they thaw. However, the only concern is the humidity in the freezer. A sudden blast of warm humid air on frozen seeds can damage them.