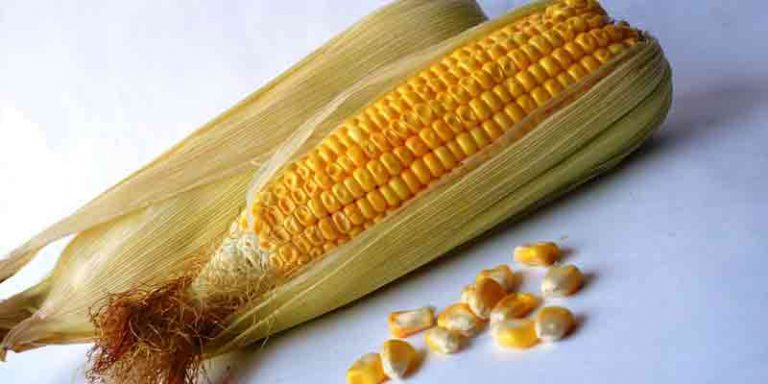 Sweetcorn is popular for its sweet and juicy kernels. This variety of maize has very high sugar content. It is versatile and can be used in many dishes. Sweetcorn is a seasonal vegetable, which is available only during the fall. If you want to store them to eat year-round, would freezing sweetcorn be an option?

So, can you freeze sweetcorn? Yes, you can freeze sweetcorn, and they freeze very well. You can either freeze them blanch or unblanched. For the best quality and long shelf life, it’s recommended to blanch sweetcorn before freezing them. Properly stored, sweetcorn can last for up to 1 year in the freezer.

Like a lot of vegetables, sweetcorn freezer very well. How well fresh it will be when it thaws will depend on if you blanch them or not.

For sweetcorn that is not blanched first, there will be some texture change and the flavor will be a bit milder.

On the other hand, if you spend a little time blanching them, you won’t be able to tell the difference between frozen and fresh sweetcorn.

How To Freeze Sweetcorn

When it comes to freezing sweetcorn, there are two methods to freezing them. Before freezing, both methods will require the corn kernels to be removed from the cob.

Then, you can choose which method below to freeze your sweetcorn:

As you can see, this is a very quick method to freezing sweetcorn. However, as the corn freeze, the texture will be altered. As it thaws, you may notice that the sweetcorn is a bit watery and not that sweet.

By blanching the sweetcorn before you freeze them, it will ensure they retain their texture, nutrition, and taste.

Blanching is a process where the sweetcorn is partially cooked.  This is to

Can You Freeze Canned Sweetcorn?

Yes, you can freeze canned sweetcorn. However, if it’s still in the tin can and not open yet, it’s better to store them in the pantry. It will have the same shelf life as in the freezer.

On the other hand, if the can has been open, you can freeze the leftovers. Transfer the sweetcorn to an airtight container, seal it, and place them into the freezer.

Can You Freeze Corn on the Cob?

You can definitely freeze corn on the cob. It will take a bit of time to prepare the sweetcorn, but it will be worth it in the end.

Below is the process of preparing and freezing corn on the cob:

Start by preparing your sweetcorn as you normally would. Shucking and cleaning the cob to remove the husk off.

Once the sweetcorn is thoroughly clean, place them into the freezer bag. I recommend that you portion them out. During freezing, the corn may stick together.

Squeeze out any excess air with your hand or use a straw to draw out the air from the bag.

With a marker, write down the date of freezing on the bag. Then place them into the freezer.

How Long Can You Freeze Sweetcorn?

Sweetcorn will last for about 8 to 12 months in the freezer. This is if it’s properly stored and freeze at a constant temperature of 0 degrees Fahrenheit.

After that initial time, the sweetcorn will still be safe to eat, but the quality of it will start to deteriorate. You may find that the corns will become mushy and not very sweet once it’s thawed.

For the best quality, make sure to eat sweetcorn within 12 months. The faster you eat them, the better.

How Do You Defrost Sweetcorn?

When it comes to sweetcorn, there’s no need to defrost them before you can use them.

For frozen corn on the cob, place the ears into boiling water for about 5 minutes. Then place the cobs on the grill or strip the corn off the cob.

If you have either frozen blanched or unblanched sweetcorn, you can reheat them in a pan. Simply remove them from the freezer and place them directly into the pan. Heat the pan for about 4 minutes until the sweetcorn is warm enough to eat.

Can You Refreeze Sweetcorn?

I highly recommend that you do not refreeze sweetcorn. Doing so will cause the quality to deteriorate even more.

When the sweetcorn is frozen and thawed, it will become a bit softer. When you freeze it once more, it will become even softer. Not only is the texture affected, but there will be a loss in flavor as well.

To prevent the need to refreeze sweetcorn, try to remove the amount you know you’ll need from the freezer.

Other Questions about Sweetcorn

Can you freeze sweetcorn fritters?

You can freeze sweetcorn fritters, and it’s perfectly safe to do so. However, when it freezes, the texture will change a bit. Fresh sweetcorn fritters will have a crunchy taste to them, but when they’re frozen, they will become soft.