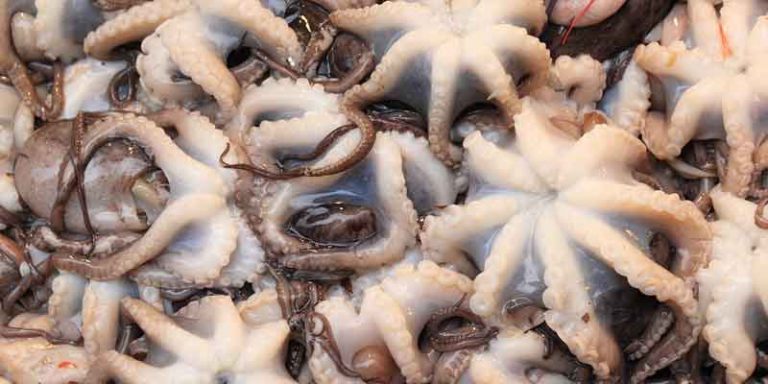 Octopus is a delicacy and enjoyed by a lot of people around the world. This seafood comes in many different sizes, but the ones you’ll find in stores are small to medium-sized ones. There is the larger sized octopus, but they are only sold as tentacles only. Whichever you bought, you’ll probably want to store them as soon as you get home. Would freezing them be an option?

Can You Freeze Octopus?

Octopus can be frozen and it’s recommended that you freeze them. By freezing them, the fiber inside the octopus will start to break down. The end result will be more tender and easier seafood to cook with.

If you don’t freeze them first, the octopus can be cooked, but it will be a bit difficult to prepare them. The flesh will be very tough and you’ll need a sharp knife and some times to cut through it.

However, if you bought them from the grocery store, more than likely, the octopus will already be frozen. Octopus is very perishable and it’s usually processed and frozen right away after it’s caught. This is to preserve their quality while it’s in transport to the supermarket.

It’s not recommended to freeze a dead octopus that’s been sitting at room temperature for a long time. Like most other seafood, octopus tends to spoil quickly and have harmful bacteria growing on them.

However, if the octopus was fresh when it was bought and it died, you can freeze the dead octopus.

Most octopuses that are caught will usually be processed and frozen immediately. By the time it reaches the store shelves, it’s completely frozen. 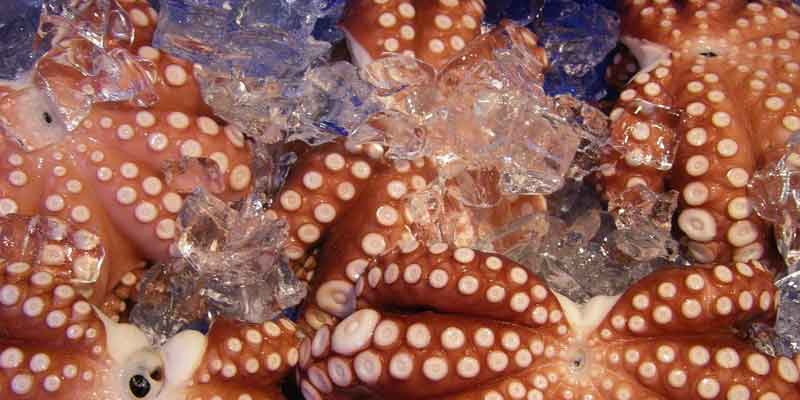 How Long Can You Freeze Octopus?

Frozen octopus will remain fresh in the freezer for about 9 months. This is only if it’s proper stored in an airtight container or freezer bag. Placing them in a regular bag will cause them to go bad in a couple of months due to the extreme cold temperature.

After 9 months, the frozen octopus will still be safe to eat, but the quality will slowly start to diminish. You may notice their texture will become a bit soft and mushy when thawing them.

How to Freeze Octopus

Freezing the octopus will take some time prepping them. Whether you want to free just the tentacles or the entire octopus, you’ll need to do it correctly and properly store them to retain their quality while in the freezer.

How Do You Defrost Octopus?

Once it’s thawed, the meat should be tender and will make cooking the octopus much easier than if cook them fresh.

You can leave the thawed octopus in the fridge for up to 2 days. After that time, due to the cool temperature, it will start to get contaminated with harmful bacteria. Eating contaminated octopus could make you sick and it’s best to throw them out.

Can You Refreeze Octopus?

It’s generally not a good idea to refreeze octopus. If you do, they will lose their texture and flavor.

However, if you are thawing it and it hasn’t completely thawed, then you can refreeze it again.

If it’s thawed completely, the octopus will become soft. Refreezing it again will cause it to become even softer.

Yes, a frozen octopus can go bad if it’s stored in the freezer for a prolonged period of time or it’s left to thaw for too long.

When an octopus is left in the freezer too long, no matter how well it’s stored, it will get freezer burn. This will cause the octopus to lose its texture and taste.

Therefore, in order for the octopus to remain at their best quality, always make sure to consume them by the date on the package or within 9 months if you’re freezing it yourself.

Another way octopus can go bad is when it’s left to thaw for too long. During the thawing process, the octopus flesh will break down further, thus becoming softer.

If the octopus is left to thaw in the refrigerator for longer than 2 days, it will go bad due to the bacterial growth on them.

Can you freeze freshly caught octopus?

Yes, you can freeze freshly catch octopus. Make sure to keep them alive until you’re ready to freeze them. Octopus are highly perishable and once they die, they will start to go bad quickly and get contaminated with harmful bacteria.