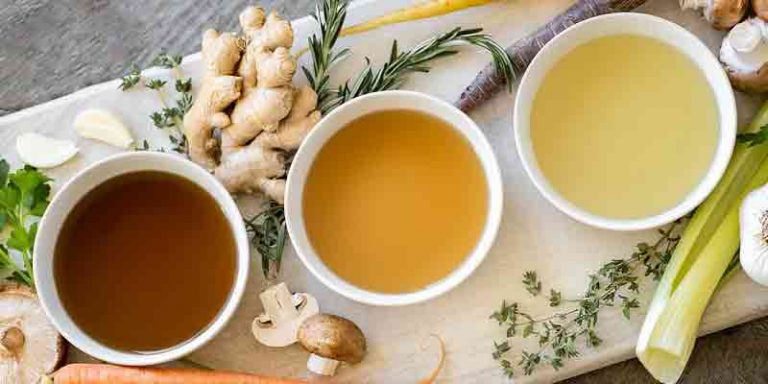 When you simmer the meat in water, you get a liquid full of nutrients and flavors. In the past, we called this liquid broth. Our ancestors used only meat for making broth. But every recipe improves with time, so does the broth.

Today, we use vegetables along with meat to make broth. It has only made broth nutritious and rich in flavor.

Is broth the same as stock? Many people all over the world have different opinions about this. I think the stock has a thicker texture compared to the broth. The reason for that must be the additional time we simmer the meat in water.

Broth always comes as a by-product when we make a meat dish. So the need for broth wouldn’t come on the same day. That’s when you find the need to store them for later use. Freezing broth sounds like a good option.

Can You Freeze Broth?

Not worry, we can freeze the broth for later use safely. But I think the key is to think ahead when you are freezing broth. Type of the meat, when you are going to use the frozen broth again, type of the dish you wish to make, and how much broth you need to make that dish are a few things to consider.

Yes, it does freeze fine, and I have never faced any issue when using the frozen broth for my dishes. But as I told you earlier, planning is the key to freezing broth. If you follow the steps carefully, the frozen broth will sit in your freezer for a long time.

How to Freeze Broth?

The first thing you should consider is the type of meat you are using for making broth. For example, you know there are distinct flavor differences between chicken and beef. So labeling the broth type on its container is important.

Once you extract the broth, the first thing you should do is let it sit on for a while until it comes to room temperature. Never try adding hot broth to a container for freezing, especially plastic containers.

After the broth comes to room temperature, separate it into different portions as you wish. We take this step to avoid refreezing broth. There are few ways that you can freeze broth.

How Long Can You Freeze Broth?

One year is the maximum time you can store broth in the freezer before it starts to go bad. But in my experience, you will not have to wait that long to use the frozen broth for your dishes. Most people will use all the broth within a year, especially if they do a lot of cooking.

For some reason, if the broth is left in the freezer longer than a year, it’s still safe to use them in your cooking. The only thing you may not enjoy is the taste. After a year, the broth will lose some of its flavors.

How Do You Defrost Broth?

Take the frozen broth out of the freezer and let it sit in a bowl to defrost. I don’t recommend heating the broth for defrosting. Letting it defrosting by itself is the best method.

So if you want to use frozen broth for a dish, place them into the freezer for a few hours to let it thaw.

On the other hand, if you freeze broth as ice cubes, you won’t have to defrost it. Simply cook your dish and when it’s heated, take the number of cubes from the freezer and place it directly into the dish.

Can You Refreeze Broth?

Do not refreeze broth. After going through the process of freezing and thawing more than once, the quality of the broth will deteriorate.

Instead, separate the broth into smaller portions and freeze. This way you will not have to refreeze broth.

Can you freeze store-bought broth?

Yes, you can! You can freeze them in their original package if it hasn’t been opened. If the package has been opened, you can pour the broth into a freezer-safe container or bag.

However, store-bought broth can be stored at room temperature for a long time. Only when it’s about to expire or the package is opened, should you freeze the broth. This way, you’ll save space in the freezer.

Can you freeze homemade broth?

Yes, homemade broth can be frozen. If you made broth intended to store them for a long time, it’s best to freeze them right away. After it has cooled to room temperature, place them into a freezer bag or an airtight container. Then label them with the date of freezing and transfer them to the freezer.

The broth is an essential flavor adding liquid for some dishes. Do not forget, it’s full of nutrition as well. But broth and the dishes that we use broth are made separate at different times. So we need to freeze both until the requirement comes. Planning is key for freezing broth. Once you have done that, you can defrost and use broth at any time you wish. Never try to refreeze broth, though. You can find a solution for that in the article.