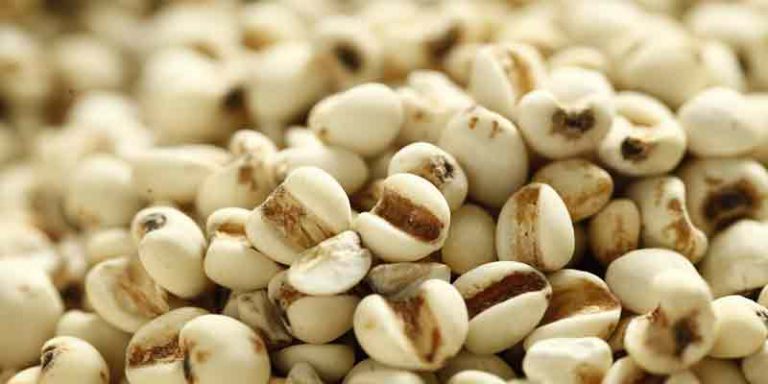 Barley is a grain that’s popular due to its richness in fiber and versatility uses. The barley can be used in soups, stews, and salads. If you made some barley and have leftovers, can you freeze it?

Can you freeze barley? Yes, you can freeze barley. It can be frozen either cooked or part of a meal like a casserole, soups, and stews. Keep them stored in an airtight container or freezer bag, and it will last up to 3 months in the freezer.

Barley is one of that food that freezes well. Properly stored, cooked barley will not taste any different from freshly cooked barley.

One thing to watch out for is moisture. Barley will continue to absorb moisture after it has been cooked.

Therefore, you’ll want to make sure barley is completely cooled before placing them into the storage container. If not, the warm barley will cause condensation in the container. This moisture will get absorbed by the barley during freezing.

Yes, you can freeze cooked barley. This is actually the best way to freeze barley. Once the barley is cooked, it will have a lot of moisture in it. Since water freeze very well, you will have no issues freezing it.

Below are the step in details to freezing cooked barley:

There are many methods to cook barley. Everyone has their own different ways of making barley. Cooking barley isn’t a quick process, most of the time, it will take longer than an hour.

Once the barley is cooked, place them in a strainer to drain the water out. Then let it sit for about 20-30 minutes to let it cool down. You’ll want to let it cool to room temperature.

Trying to freeze barley while it’s still warm will cause condensation in the container. As the barley freeze, it will absorb that extra moisture and cause it to go soggy.

To prevent any leftovers and to avoid throwing them out, it’s recommended to portion the barley.

In each container, place the right amount of barley that you’ll need. It’s best to portion them in a small amount. It’s better to remove a lot of small containers of barley than one large container which you could end up with leftovers.

If you don’t have an airtight container, using a freezer bag is fine too. Just make sure to squeeze out as much air from the bag before sealing it.

Once the bag or container is sealed tightly, using a marker, label the container. You’ll want to write the date of freezing and the content on the container or bag.

Most people tend to forget what is stored in the freezer and how long the shelf life is.

Place the barley into the freezer. If you’re using a freezer bag, lay them flat in the freezer until it’s completely frozen. Once it’s frozen, if you have a lot of barley, you can stack them on top of each other to save space.

Can You Freeze Uncooked Barley?

You can freeze uncooked barley, but it’s unnecessary to do so. Uncooked barley will last indefinitely at room temperature.

When storing uncooked barley, if it’s still in its original package, simply place them into the pantry.

Once the barley has been opened, you’ll need to transfer them to an airtight container for storage.

How Long Can You Freeze Barley?

Cooked barley will last up to 3 months in the freezer, depending on how well it’s stored.

After 3 months, cooked barley will still be safe to eat, but the quality of it will deteriorate.

For best quality, you should try to use cooked barley within a month.

How Do You Defrost Barley?

There is a couple of different method to defrosting barley. If the barley is going to part of a salad or used as a side dish, thawing them in the fridge is the best method.

Take the portion of barley that you need from the freezer and place it into a bowl. Then let it sit in the fridge for about 2-3 hours. This is to allow the cooked barley to thaw completely throughout without spoiling and having bacteria grow on it.

On the other hand, if you’re planning to use cooked barley in cooking recipes suck as a casserole, soup, or stew, thawing is not needed. Simply take the portion of cooked barley from the freezer and toss it directly into the pan while it’s cooking.

Can You Refreeze Barley?

Once the barley is completed thawed, you should not refreeze them. Doing so will cause them to become mushy and lose their flavor.

Instead of refreezing barley, you can leave the defrosted barley in the fridge for a couple of days. If it’s been longer than that, discard the entire barley.

If you must refreeze barley, make sure that it hasn’t thawed completely, and it’s in the fridge. While the texture and taste will change a little, you won’t be able to tell the difference.

Other Questions about Barley

Can you freeze barley soup?

Can you freeze barley risotto?

Yes, you can freeze barley risotto. Instead of using rice, you will be using barley. Since barley will be cooked first, you shouldn’t have any issues freezing it. Properly stored, barley risotto will last up to 3 months in the freezer.